After the show finally came to its tumultuous conclusion on Saturday night amid standing ovations, tears, speeches, hugs and kisses etc the party started.  And what a party.  First at The Church Hill for a quick drink then down to the Trinity Rugby Club until 2 or so.  But the real fun started in the rehearsal rooms.  Between 50 and 100 of us Mums, Dads, juniors (but only if their parents were there) young and old alike.  Gradually the hard core emerged and this Youtube clip is of the song of the night.  At first I thought this FCT anthem was awful but after hearing it ten times, dancing on the chairs in the face of an incessant smoke machine and whooping and hollering it became a firm favourite.

Witnessing the kids screaming Lu-do-vic at poor old Vic as he danced on the chairs was a monumental laugh too.

As the sun split the sky at 9.30 am we headed away to Clairty’s to continue the party, dancing our way down Craighall Road singing “Ease on down the Road”  by now we were down to the last 20 or so.  Apparently we serenaded poor old Marcella and her man through her letterbox.

Then after another drink or two we staggered into Porto and Fi for breakfast before visiting Newhaven Harbour.

Of course I fell asleep at Jane’s and was subjected to ritual humiliation. 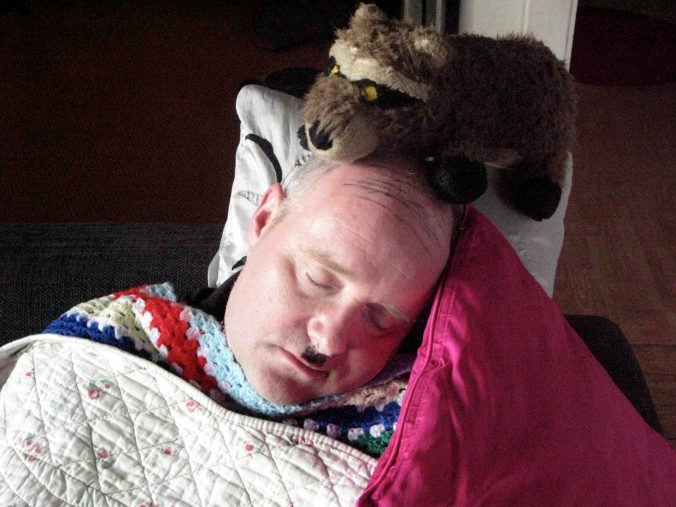 Now, I know I have a party animal reputation but this way beyond my experience.  But a night of pure joy following a week of the same was, for me at least a valid reward.

This commercial for ITV has a great strategy behind it and it looks good too.  But is it on brand for ITV?  Totally I don’t think so and I don’t think its idea that ITV1 creates a real sense of optimism in a world of gloom quite comes off in the way they wanted it to.  But a brave attempt.