…this outstanding album (Crazy Rhythms) immediately finds its way onto my albums of the year list on account of it being re-released this month by Domino Records. 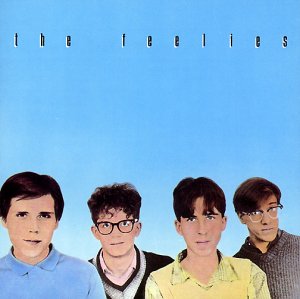 My vinyl copy from 1980 is amost unplayable now.  But it really rocks.  Indeed it apparently ranked #49 in Rolling Stone‘s top 100 albums of the 1980s, and #69 on Pitchfork Media‘s similar list.

Although every track is a classic and self-penned by the band the one that totally freaked me was “Everybody’s got something to hide except me and my Monkey” – a Lennon/McCartney cover fro (I think) The White Album.  It’s played at a hundred  miles an hour on jangly guitars that apparently were fed straight into the sound-desk for their distinctive sound.  It’s a classic and you can hear it on Spotify.

Trust me.  You’ll love it.  And I count myself among the visionaries who bought and cherished it! (I don’t know ANYONE else that has it).

This was a highlight of my childhood and it is as funny today as it was then.

It is humongously funny.  MUST WATCH!