Here are a few examples from last night of good protocol.

The first is near perfection height management, as you’d expect, from Edinburgh.  The RO herself has modestly taken her place out of centre shot.

In this one the Glaswegians show a thorough understanding of the exposition of the craft.

This would have been excellent had the RO not spoiled it all by putting his titchy wee self in the middle.  And the guy on the right was too busy preening to make a really great exposition. 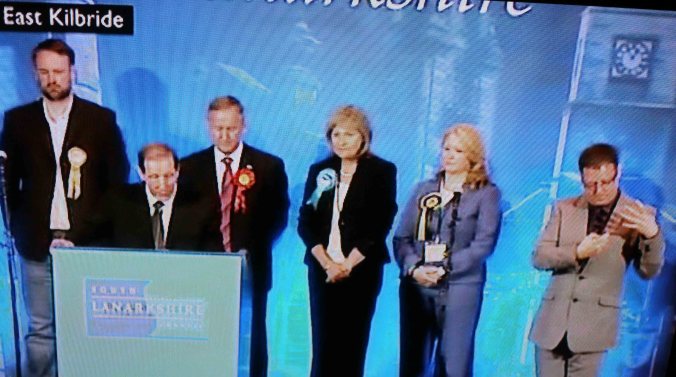 Although creating beautiful “form” this RO from Falkirk mucks it up by taking centre stage. 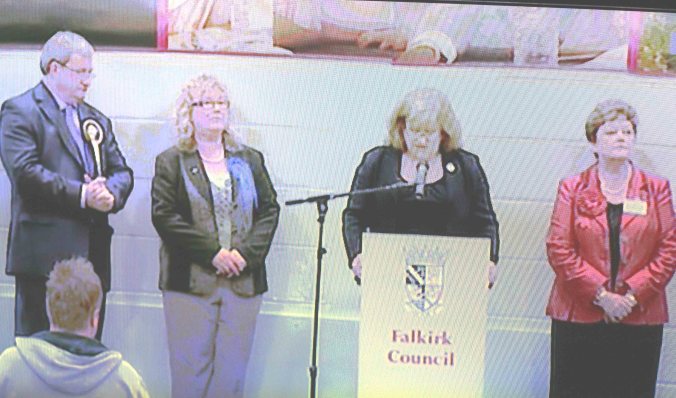 Here is a good example of returning officer FAIL.  Although the numbers are good and the overall effect is reasonable the guy in the white shirt four from the right and the white haired bloke both totally ruin the RO’s efforts.

The wifey in the ginger wig is also a major aberration.  Not only is she out of height synch.  She’s too far forward and she’s clapping like a performing monkey.

If you were Scottish I hope you were voting for a historic moment.

Sadly half of you couldn’t be arsed getting yourself down to your nearby polling station.

Those of us that could be bothered contributed to the sending of one of the most vocal messages in the history of this fantastic nation’s politics.

To see the Liberal vote collapse  was not all that surprising given Nick Clegg’s appalling act of virtual treason by bedding with the Antichrists.

But for the Labour vote to fail to materialise so spectacularly in the face of this ripe political climate (for them) is far more remarkable.

Part of the reason for that was Iain Gray’s utterly hapless presidential performance in the face of a tour de force by Alex Salmond.

This is a MONUMENTAL result.

It is absolutely jaw dropping because the whole voting structure in Scotland, designed by Labour, was intended to keep the SNP out of power.

Not only has it failed to do that but it has returned what political experts deemed impossible.  An overall majority in a PR chamber.

I doubt we will ever see a day as dramatic in politics again in my lifetime.

I doubt Iain Gray will see the week out as Labour leader in Scotland.

I doubt many people will see anything like as effete a collaboration in Liberal Democratic clothes as Nick Clegg and Tavish Scott in their lifetimes. (Total amateurism.  Tavish Scott made Iain Gray look almost workmanlike at times.)

I doubt we will vote for Scottish independence.