Tom and Ria are all set for their 45 mile walk from Aviemore to Blair Atholl.

Tom in particular with his white pumps and new hat.

“So as I can talk to farmers.”

Amy’s attempt ended in a wrecked knee half way through so fingers crossed the white pumps cope with the rigours of the Scottish Highlands.

(Apparently the minibus got lost on its way to the start point so not a great omen.) 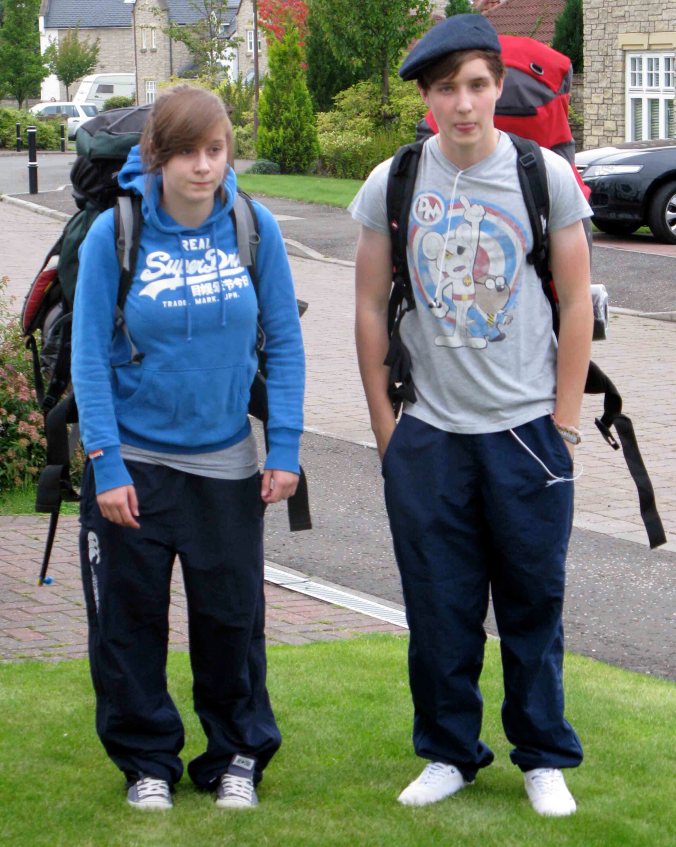 OK.  This is going to sound like a moan but the bottom line is that Arcade Fire performed extremely well in Edinburgh last night.  The question is; why was I so unenthused.

They played 18 songs in total.

8 from the suburbs, 3 from Neon Bible including the monumental No Cars Go (which was strangely un-monumental),  6 from their classic debut, Funeral, and a new song; Speaking in Tongues which I really liked.

Thanks to Setlist Wiki for this. What an amazing website by the way.

So, the plus points.  Note perfect.  Great mix of songs spanning their career.  Lovely weather.  Fabulous setting. Excellent acoustics. Very interesting use of video throuhgout.  Like this… 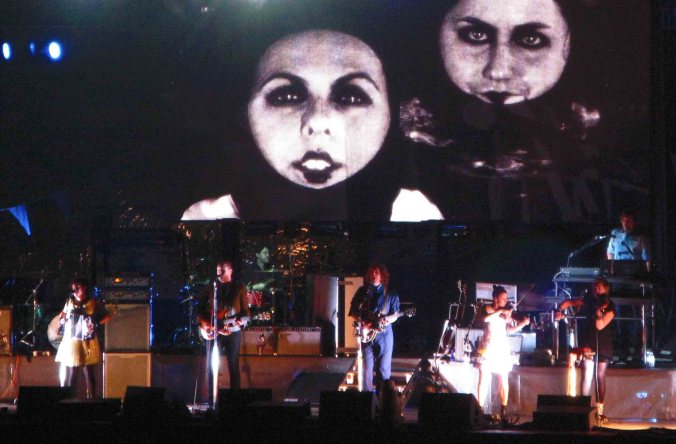 The downside however was much more intangible.

I was expecting an “experience”.  It wasn’t.

I felt totally detached and that’s because even though we had good seats we seemed miles away from the action.

And there were no big screens picking up action on stage.  OK, the video screen behind the band did, from time to time, blend them into the footage but this was more art than entertainment. 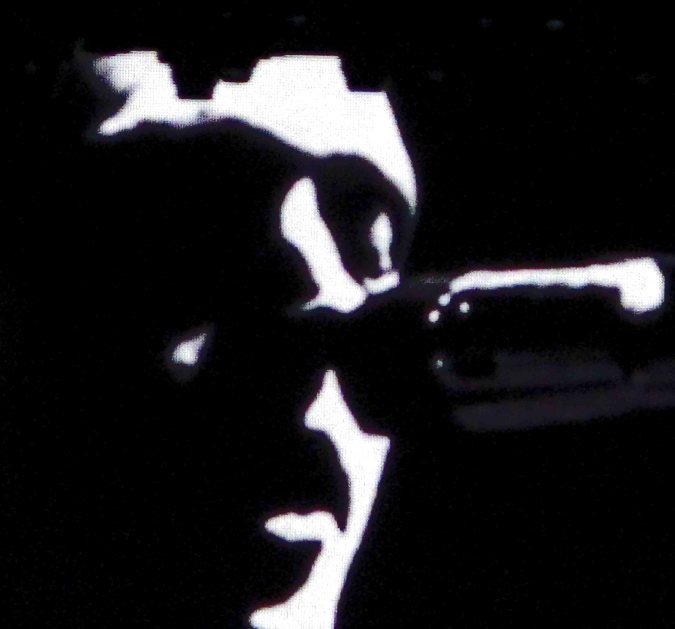 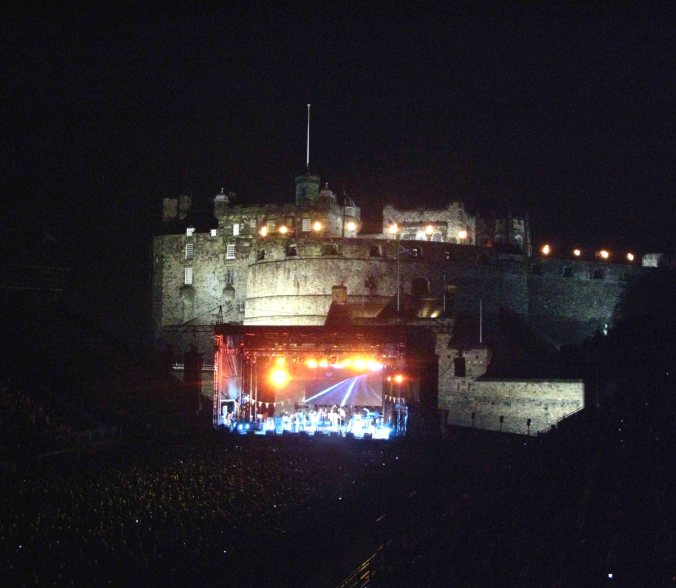 It all seemed very calculated and clinical almost.  And yet, they played a different set at the MEN on Wednesday night and hadn’t played for a month before that, so it’s not as if they are in a tour rut.

Also, I expected Win Butler to have a winning personality and to engage heavily with the crowd.

Sure, he had a few brief “Edinburoe is such a beautiful city” moments but no more than that sort of staple, pretty bland rhetoric. 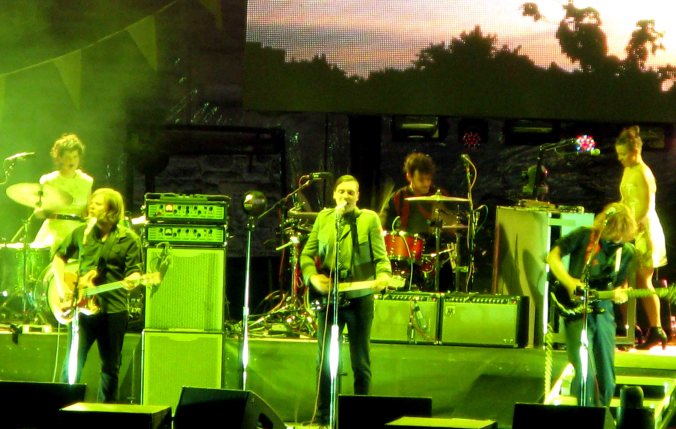 The rest of them, apart from a bit of streamer work by Regine Chassagne and some climbing up the scaffolding by the percussionist, just got on with the task at hand.  On a take of around half a million quid (calm down. Ed.  Ok £200k) for what is still an indie band (the Suburbs has only sold 400,000 copies) I’d have expected a little more of an effort.

Set highlights were Suburban War, Neighbourhood Number 1, We used to Wait, Wake Up (which had the whole crowd going pretty mad), Keep the Car Running and Rebellion (Lies).

I hated Month of May and Sprawl II (looked as if Win was keeping the Mrs sweet by allowing her to close the show with the worst song of the night).