On Sunday afternoon my good friend Jon Stevenson was round at the house and I asked him what Penguin Cafe Orchestra track he’d like me to play.  Quick as a flash he replied “Beanfields.”

So I was delighted when Arthur Jeffes announced that the next tune he was about to play at the Penguin Cafe gig at Edinburgh’s Queens Hall last night was the aforementioned Beanfields.

“That’s your favourite Jon.”  I whispered (this was a whispery occasion).

“Oh, I wouldn’t say that” he retorted, almost indignantly.

“Strange.” I thought.   But, on reflection, how can you choose a ‘favourite’ from PCO’s canon of work.

Jon and I, and Jeana, first saw them together sometime around 1988 in Glasgow, not long after I had introduced Jon to the delights of ‘Telephone and Rubber band’.  Sadly we didn’t see them again before founder and composer Simon Jeffes’ death of a brain tumour in 1997.

So, imagine our delight when not only did Simon Jeffes’ son, Arthur, form a new band called Penguin Cafe (a 10 strong ensemble somewhat dwarfing the original 5) but that they were recording AND touring AND playing the old PCO work alongside their own compositions.

Jon and I, frankly, were made up.

As were our wives.

Since their formation in 2009 I have had the privilege of seeing them perform three times (The Usher Hall, Edinburgh, in 2012, Glastonbury, 2013, and last night.)

Each show was astounding in its own right.

The grandeur of The Usher Hall, the casual informality of Glastonbury and the intimacy of the Queens Hall each brought out different aspects of PC and PCO’s uniquely idiosyncratic style.

What really made last night so fantastic though was the chance to meet them afterwards.

So Jeana came home with a thoroughly autographed copy of The Red Book (their new album which includes two NASA commissioned pieces).

We also both had a chance to chat with Violist and MD, Vince Greene and, at length, with violinist Darren Berry; resplendent in his Royal Stuart suit, surely worn specially for the occasion. 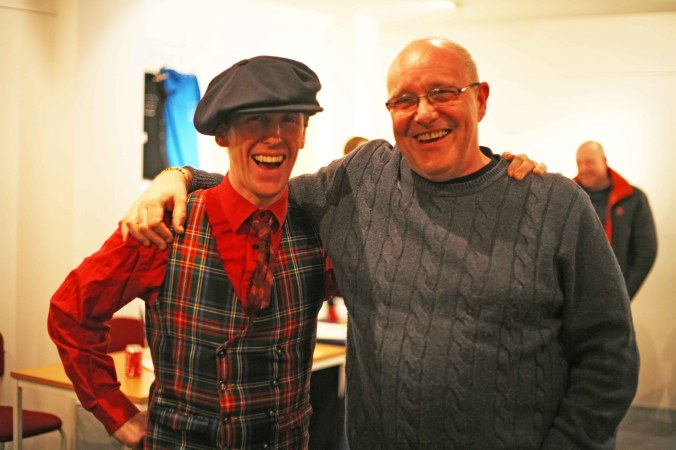 I spoke to Arthur Jeffes and complimented him on the much changed rendition Harry Piers which he always dedicates to his dad.

Honestly, this was the best Christmas present Jeana could possibly have asked for because the whole show was truly brilliant with many old PCO favourites including Air a Dancer, Perpetuum Mobile, Telephone and Rubber Band and, of course, Music for a Found Harmonium, but it was perfectly complemented by PC’s own work including the aforementioned Harry Piers, the magnificent Landau and new work including the brilliant NASA commissioned, 1420 and Aurora.

All in all a truly memorable evening.

This is a great exposition of  the challenges facing a Yes vote.  It shows up the Better Together arguments for what they are.

OK the execution could be better but it makes its point well and this on a day when the gap between Yes and No is at its lowest Yet.

Thank you George Osbourne, your recent intervention was excellent. 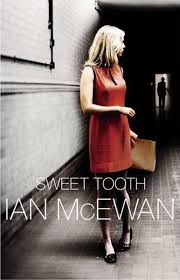 “Not Mr McEwan’s Finest Book.” was the Economist’s summation of this odd book and I thoroughly agree.  Described also as a “Russian Doll” of a novel because of its stories within stories.  Most of them distracting or just plain poor.

For me it’s just badly written with an incredible central character, Serena Frome, written in the first person by McEwan.

The sex scenes (and there are several) are embarrassing, the musings on life stilted, and the overall flow of it just plain bad.

It’s a Cold war thriller set around the 1970’s offices of MI5 and MI6 and concerns the travails of the aforementioned Serena as she appears to shag her way through most of the Western World’s (mostly) straight spies.

I adore Ian McEwan but this is just guff.  Sorry.

As the last bastion of heterosexual exclusivity (sport) gradually wakens up to the fact that there are actually gay people in their midst Dale Hansen speaks out eloquently and provocatively on the ridiculous prejudice that pervades professional sport the world over.

Enjoy this magisterial piece of music by Anna Meredith.  I did.

So did Dummy who describe it thus…

“An extreme sense of control and authority… an almighty track.”

Bill Clinton had it but John Major didn’t.

That’s America for ya.

Way, way, back in 1994 the t’internet, as we all know and love it today (let’s face it you wouldn’t be reading this without it) was simply a Tomorrow’s World feature.

But Maggie’s on fire predicting almost to a T the impact it could, and has, made.

As Phil Parma in Magnolia. The role that set him off in my mind.

When I first discovered Philip Seymour Hoffman it was as Jason Robard’s attentive but slightly flaky nurse, Phil Parma, in my all time favourite movie, Magnolia, by one of American cinema’s greatest ever directors, Paul Thomas Anderson.

“It’s your pal” my wife has said ever since, as Seymour Hoffman has film-tracked our lives.

What I admire, no love, about him is his ability to command each and every role I saw him take on.  He was a prolific actor (63 roles) seemingly only now becoming box office with his starring role The Hunger Games trilogy and in one of The Mission Impossibles but that’s not how I’ll remember him.

His love was for ‘art house’ (a damning description if ever there was some – Indie would, I suppose, be better) and his role as one of PT’s go to guys gave a real backbone to his career; Magnolia  was preceded by another cameo in Boogie Nights and Anderson’s pool hall debut, Hard Eight.

It was followed by a truly brutal contribution to Anderson’s underrated classic Punch Drunk Love as the owner of a phone sex-line that violently dupes Adam Sandler. Later he finally took starring role in his own right as Lancaster Dodd in the magnificent and slightly overlooked The Master where he picked up an Oscar nomination as best actor.  In fact, Hoffman was only missing from one of Anderson’s movies; There will be Blood.

He starred, from a physical point of view almost unbelievably, as the eponymous star of Capote for which he won his only Oscar, and as Father Brendan Flynn (another Oscar nomination) in the Catholic-faith-questioning Doubt.  He again troubled the Oscar judges as maverick CIA agent, Gustav “Gust” Avrakotos in Charlie Wilson’s War.

In all he picked up four nominations and five Bafta recognitions (all of the above plus Ides of March) in a career that never really saw him become an A-lister but a bedrock of every movie I saw him in.

He seemed an outsider, a troubled soul and was a reformed alcoholic and drug addict, having been clean for almost 20 years.  And yet that ghost haunted him all his adult life seeing him finally succumb once again in his mid 40’s to drug habits.  It’s thought that his passing was the result of a heroin overdose.  He is survived by his partner and three children.

Philip Seymour Hoffman ticks every acting box I can imagine.  His presence was electric.

My wife was right; he was “my pal” and I will miss him.