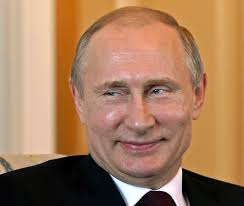 Vladimir Putin is an idiot, but not a fool.

His observation that David Cameron’s ridiculous referendum on Europe, that he never even wanted, and never had to grant, was an act of utter folly.

He thought he could use it as a way of leveraging UK power in Europe.

Cameron.  The cunt of the country.

Possibly the greatest ever.

He was so arrogant about Britain’s power in the EU that he thought he could gain something from this.

Instead, he looks feeble.

As Putin says:  “There is a great problem with Brexit. Why did he initiate this vote in the first place?   Why did he do that?  So he wanted to blackmail Europe or to scare someone. What was the goal if he was against?”