Such a beautiful evening to explore Scotland’s latest engineering wonder of the world. 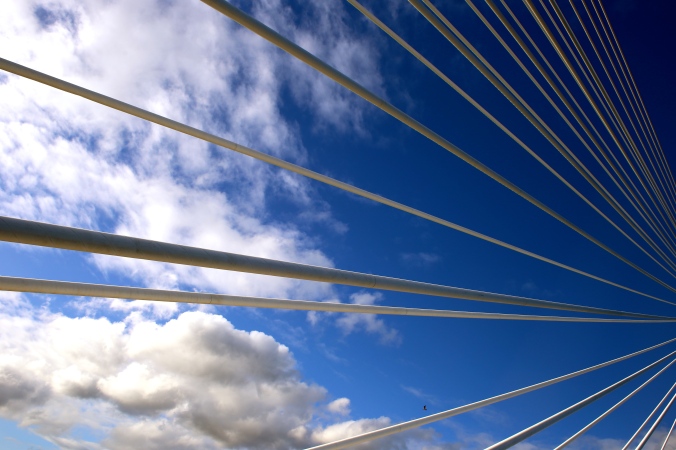 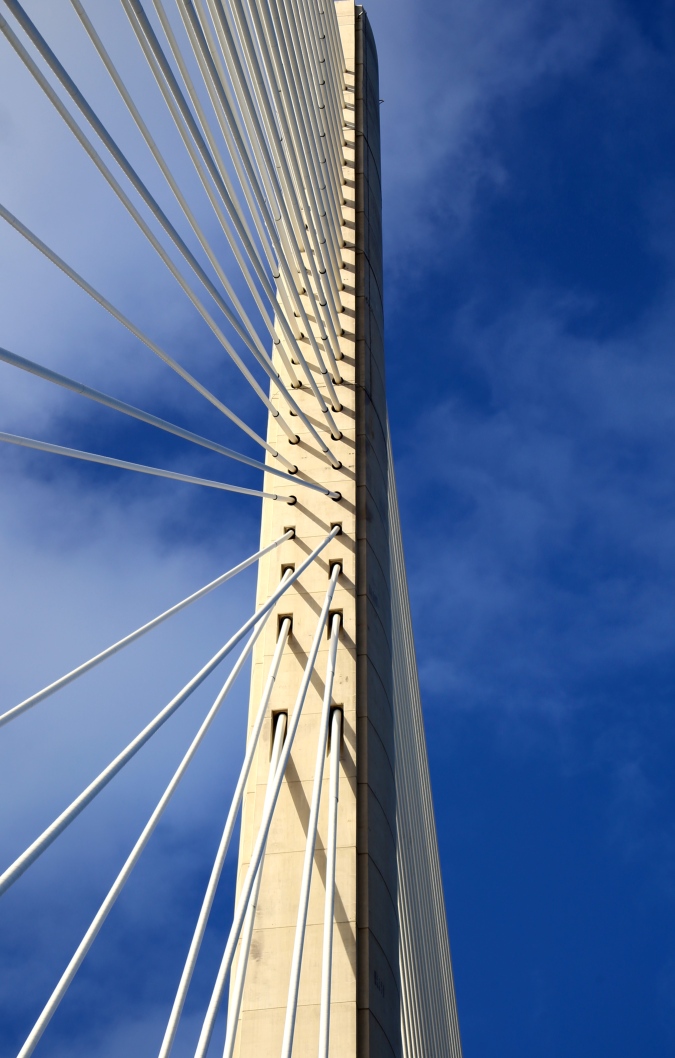 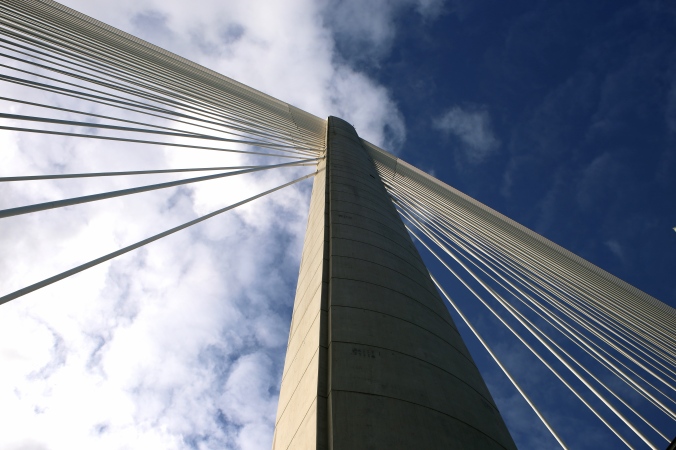 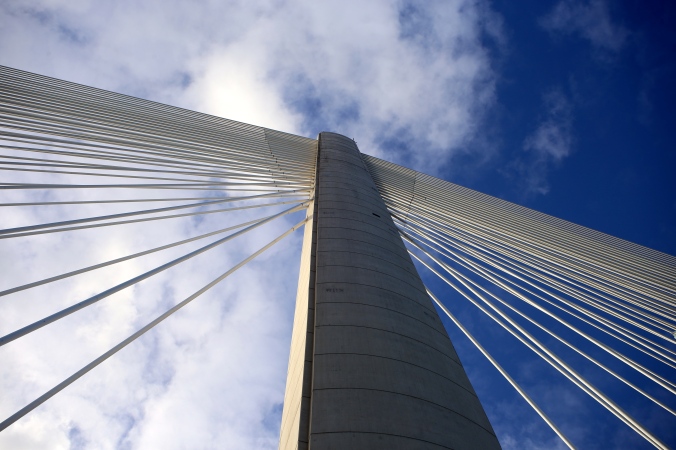 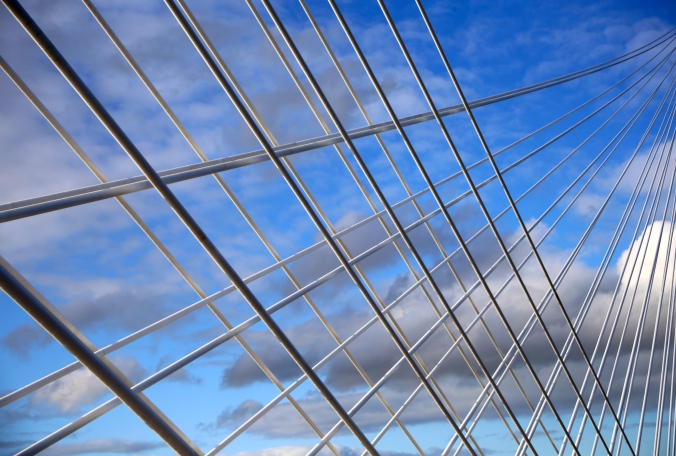 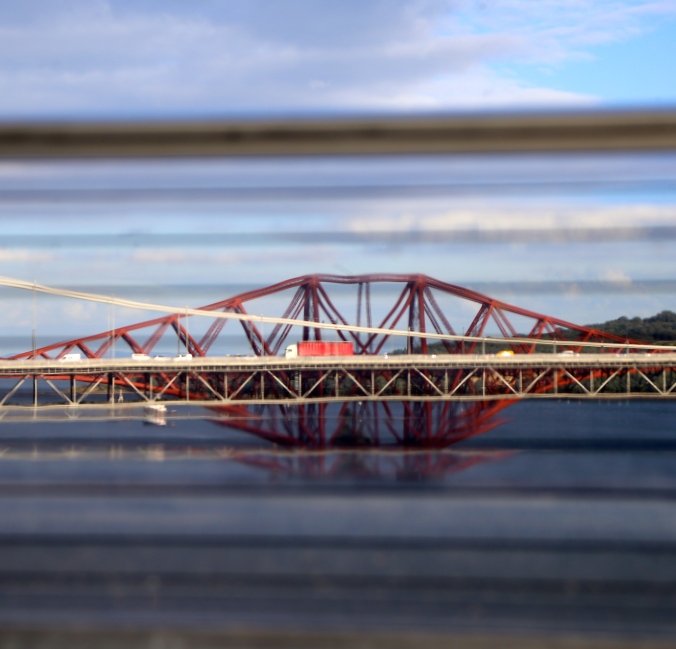 In an earlier post I told you how Guru Dudu’s Silent Disco Walking Tour was one of five star hits of the festival.

So much so that when he said on his Facebook page on Sunday that he needed a room for a few days we offered the room in our Air B’nB free of charge.

He put on a Silent Disco Walking Tour here in South Queensferry.

It was particularly relevant as today was the day the Queen opened the new Queensferry Crossing so it seemed like an excellent way to celebrate.

He agreed and I put the jungle drums into motion.  24 hours later 45 Guru Dudu virgins were assembled in Scotmid’s Car Park and the tour began.

Starting with his legendary East meets West Yoga/Disco warm up we all found our inner Disco Chakra’s to Chic’s Le Freak.  And what’s more, with Guru Dudu having implored the Disco Divas to take the relentless rain away, they did, and we were treated to a pleasant autumnal evening’s weather. 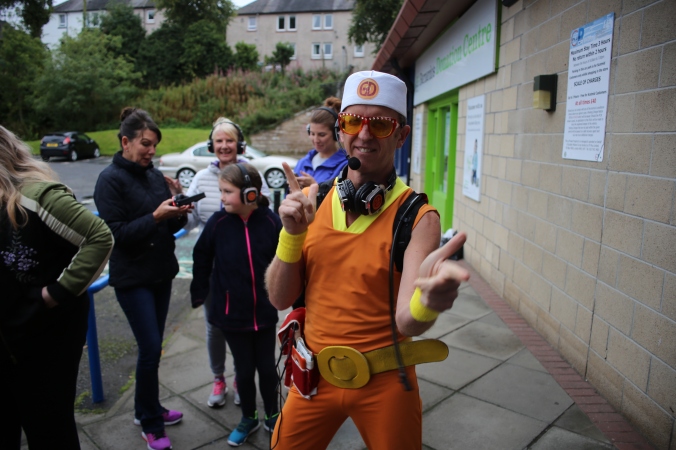 Moving to The Loan we were further uninhibited as we each took to the dance stage in our own style which was echoed by the assembled.

Next stop the harbour, with the 53 year old Road bridge and the aforementioned 12 hour old Queensferry crossing as our background to the West and the iconic 145 year old Rail Bridge as the dance canvas to the East. 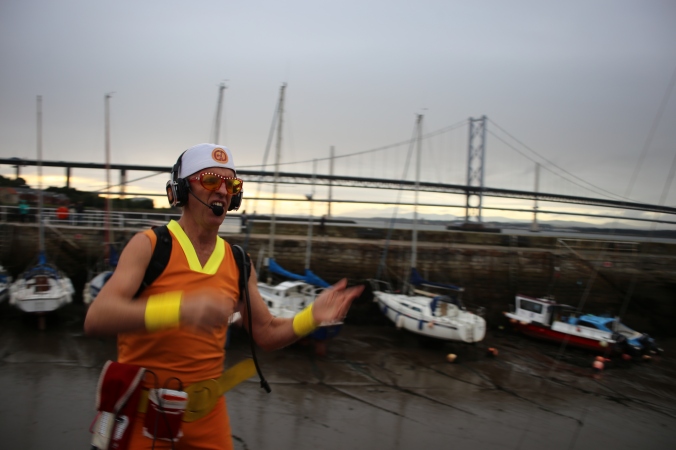 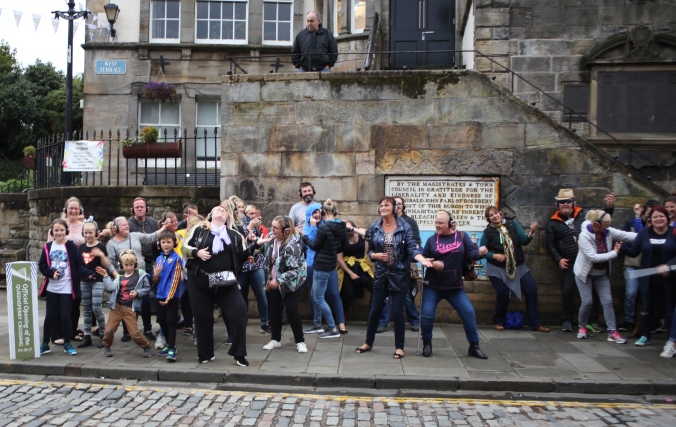 Up the West Terrace past the Ferry Tap to the East Terrace where we did a ‘Soul Train’ to Rose Royce’s Car Wash.

Next up we performed Our House by Madness.  IN. A. HOUSE.  (The pink one on East Terrace)

Not to be outdone, a resident of West Terrace took us up The Vennel (painful) before inviting us into her back garden, where we jigged to Rihanna. 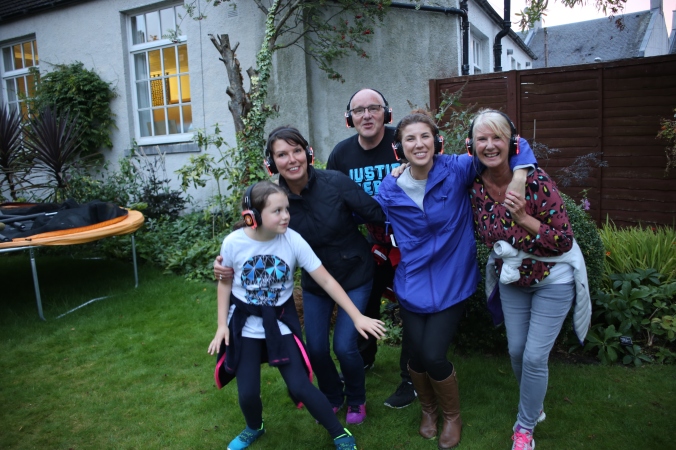 As we basked in a glorious sunset we headed back to Scotmid for the piece de resistance and finale.

Scotmid staff and customers were utterly bemused as this flash mob descended on their favourite supermarket. 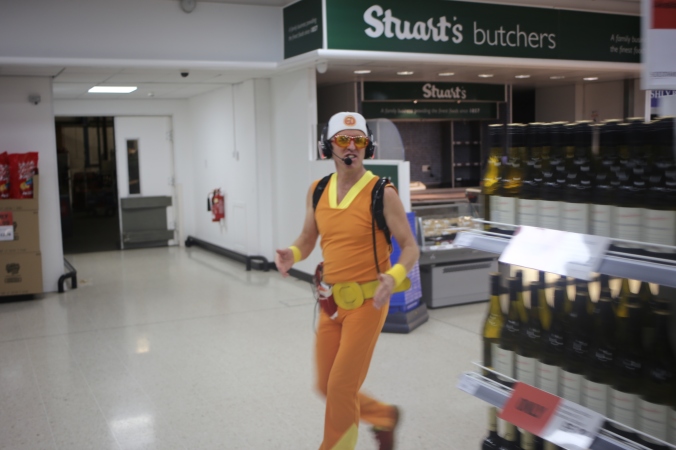 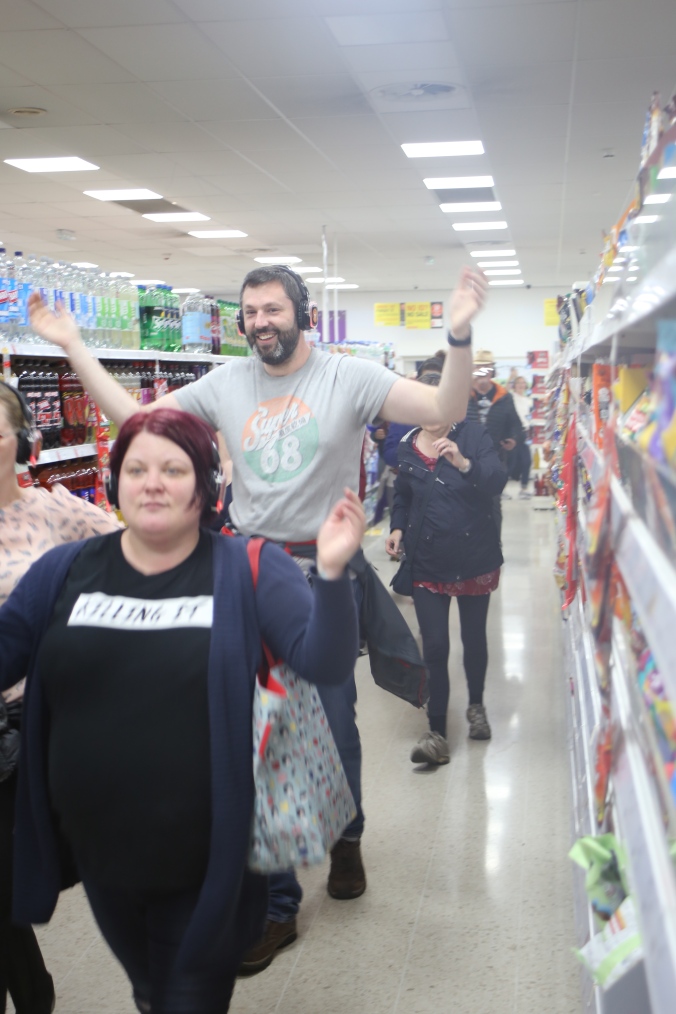 And just to top it all off we did a collection for the Royal National Lifeboat Institute that has a station in South Queensferry.  (Again it seemed appropriate, on this special day, as they have been saving lives around the bridges for many, many years.)