To celebrate Halloween Jeana and I went to see the 1920’s original production of Jeckyl and Hyde made by Paramount and starring John Barrymore.

It showed at Edinburgh’s Usher Hall foer one night only and was accompanied by the collosal Usher Hall organ.

To be honest it was hilarious in places and certainly bnot scary but some nice special effects, mainly achieved through double exposure.  Here’s a few stills from the movie that I managed to capture on my G11.  It was kinda dark as you can imagine so they could be better but you’ll get the general idea.

Screen with organ behind

They didn't exactly hold back on the subtitling 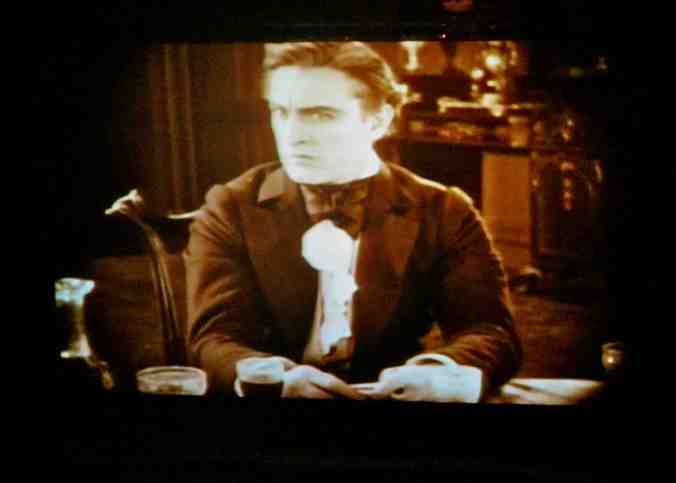 Jeckyl falling into the hands of temptation 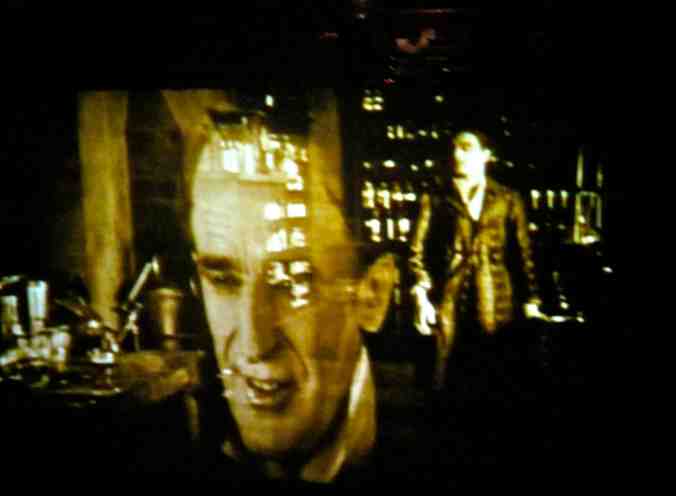 With reference to the previous post; watch the first 40 seconds of this and tell me you aren’t freaked out. Even as an adult.

So, I got called back for a second audition at FCT today.  “Read nothing into it” they said.

I wasn’t really sure what the experience was going to entail so turned up relatively carefree, and a bit late as it turned out, which was a pity because the assembled kids had been taken through two songs, Fagens’s “You gotta pick a pocket or two” and a negro spiritual.

I missed the practice totally.

Half an hour later I was called with four other guys, all of whom could have taken lead roles at the Royal Opera House, to make a complete and utter tit of myself.

In turn, we had to sing two verses from each song for which I was more or less completely unprepared and talent-free.

It was probably the most terrifying ten minutes of my life (although it felt like several hours).

As Pavarotti, Domingo and Careras strutted their stuff I evacuated my bowels.  And then I had to sing this spiritual number that would have challenged a Castrato; the objective being to check out our range, (Well, I’ll tell you now I ain’t no Tenor, I’m a baritone!)

The only thing that shook more than the paper in my hands containing the words was my voice.  Which trembled like the World Trade Centres on 9/11.

I tell you, I was completely and utterly petrified.  My stools were fluid.  My life unliveable.  My shame unparalleled.

I was not good.

In fact I was not even bad.

I think I might be psychologically scarred for the rest of my life.