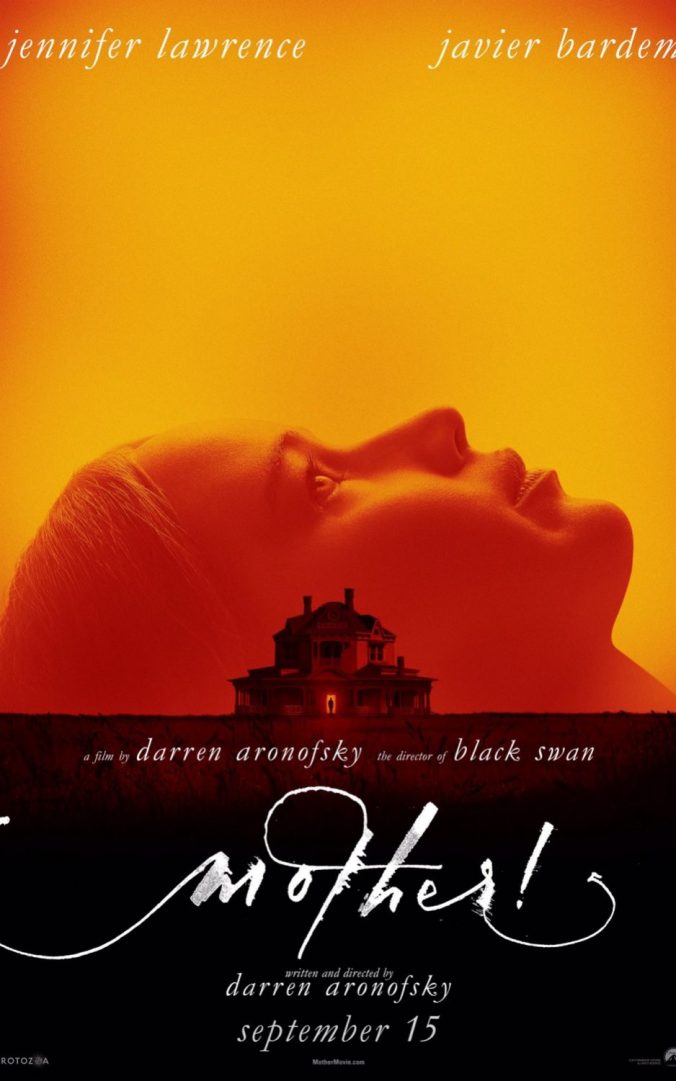 Darren Aronofsky has followed up his biblical epic, Noah, with another biblical horror story starring Jennifer Lawrence (his partner in real life) and Javier Bardem.

Whilst advance publicity had suggested this might be heavily inspired by Rosemary’s Baby this is not in fact the case.  Far from it.  Rosemary’s Baby is about the birth of Satan. This is not.

I found it helpful to know in advance what the premise of this film was and there is  a brilliant deconstruction of the plot in this article in the Telegraph.  You may not want to know before you see it, but it’s a great read after the fact and confirmed most of my assumptions about the heavy allegory and metaphor used in the movie.

To make two consecutive biblical films is surprising because Aronofsky has declared his atheism but presumably the source material is such brilliant storytelling that he simply could’t resist. 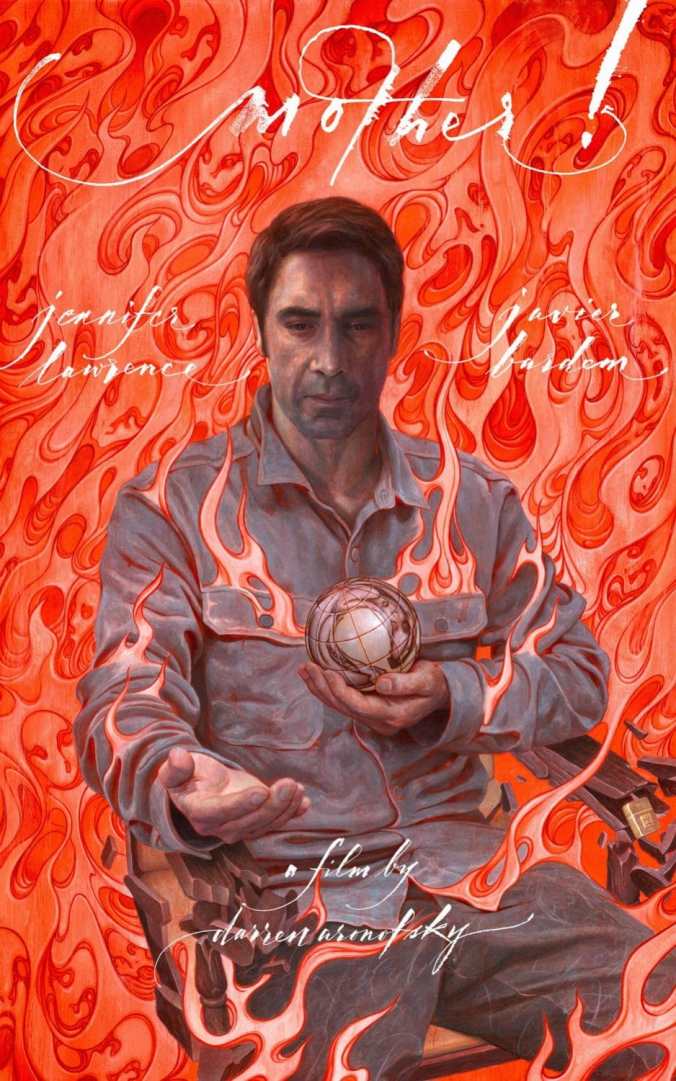 What results in mother! is a film of such epic proportions, such horror, such artistry that at times your jaw actually drops.  Aronofsky stops at nothing.  There are no sacred beliefs that he cannot explore or visualise.  What he does not do is ridicule them.  This is a representative telling of Genesis, the New Testament,  earth science theory and sustainability all wrapped in one great gothic whole.

And it’s gorgeous, sumptuous and creepy.

The performances by Bardem and Lawrence are electrifying, albeit their togetherness as man and wife seems unlikely, but as the plot unravels it’s obvious why.

The appearance of a married couple in the shape of Ed Harris and Michelle Pfeiffer (both extraordinary performances) into their lives is startling in its aloofness and cruelty.  One feels Lawrence’s panic bubbling over as the idyll she is trying to create in an island home is about to gradually unwind.

And unwind it does; in increasingly spectacular fashion.

I’m not going to go into spoiler territory (read the Telegraph article for that (after you’ve seen the movie) so I’ll stop here.

Suffice it to say that although this won’t appeal to many; for those that it does this is a truly great movie. 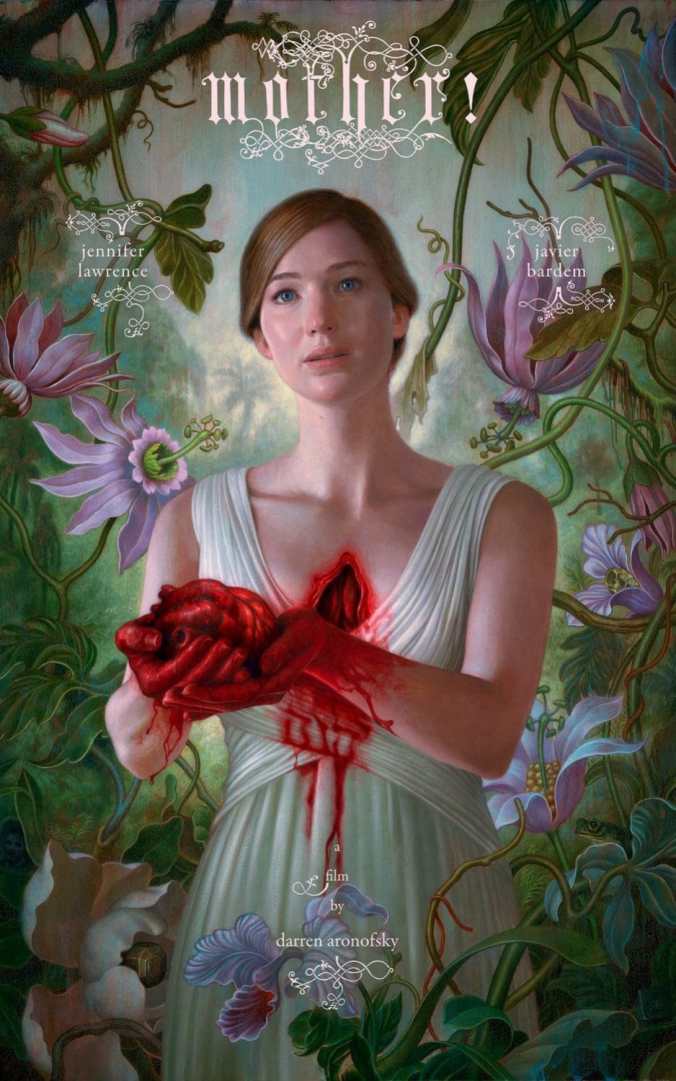 5,000 passengers and 258 staff, including Jennifer Lawrence, as writer Aurora Lane, and Chris Pratt, as mechanic Jim Preston, are on a 120 year journey on the commercial spaceship, Starship Avalon, to a distant earthlike colony called Homeland.

A meteor storm causes havoc though when it leads to mechanical damage and the unlocking of Preston’s cryogenic pod.  Instead of a four month luxury approach to Homeland that’s now extended to 80 years with no way of getting back into his pod.

For over a year, with only an Android barman, played by Michael Sheen (in a brilliant nod to Kubrik’s Overlook Hotel bar in The Shining) for company, what follows is a study in mental health, romance and danger.

Dubbed Titanic in Space it’s easy to see why.

It’s a yarn with quite a nice romantic tale in reel two between Lawrence and Pratt that’s entirely well judged.

The third reel, when it all (inevitably) goes a bit Pete Tong, has echoes of Gravity but overall, to my taste, this is a far more engaging film throughout.

Some of the sic-fi is a bit bonkers.  There’s a great set piece in a swimming pool (the ultimate infinity pool) that has riled techno-geeks but, for me, it was clever and quite thrilling.

Months from now this movie will be receding into my memory quite significantly, but as a ‘don’t take it too seriously romance/action movie’ it hits all the buttons. 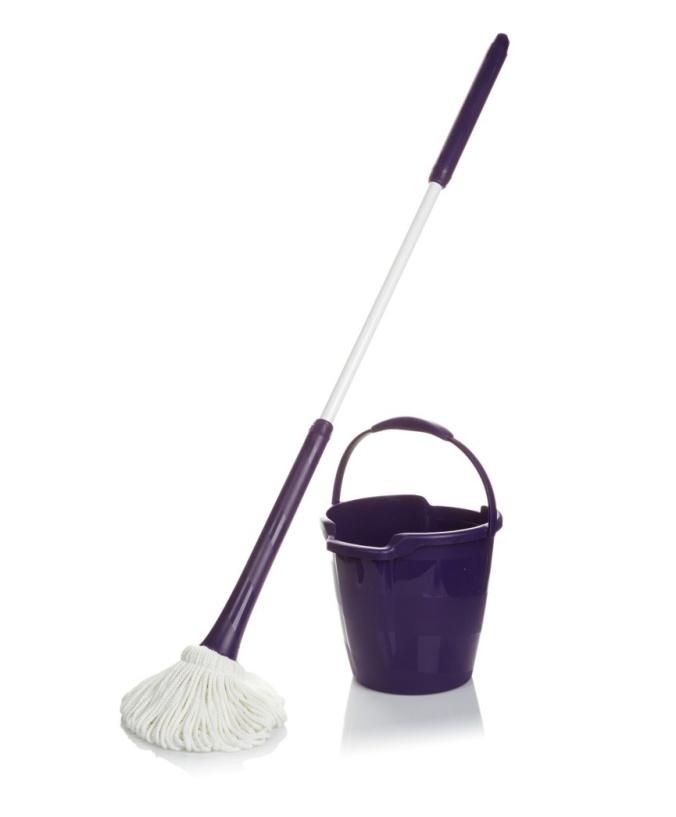 It was a complete flop and nearly bankrupt her and her family in the process.

The US shopping channel’s top sales on screen sales people couldn’t work it and so her ‘once in a lifetime’ opportunity to make her millions turned into standing on the cusp of losing them instead.

So she took matters into her own hands.  She asked QVC to let her sell her mops herself on screen explaining  “I’m just like everybody else out there. I’m a mom, I work, I have a house to clean, things to organize. We all have certain similar needs, and I address them.”  This came across in a very real and engaging way on QVC and the rest was history.  She is now a $3 x billionaire.

In Joy, Jennifer Lawrence puts in a performance that not only captures this spectacular rags to riches story but breaks your heart along the way.

There really only is one Jennifer Lawrence with her myriad looks, faces and delightfully subtle intonations.  JLaw is a force of nature. 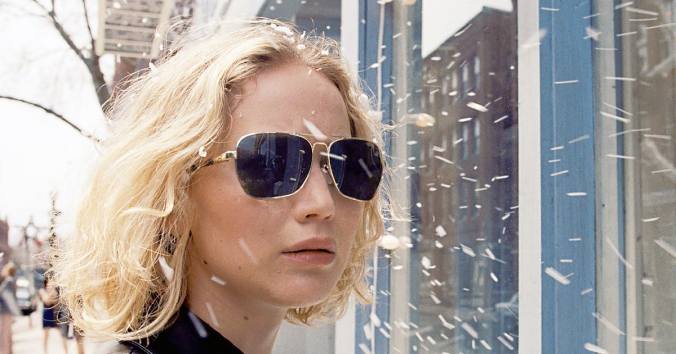 So too is David O. Russell, her doting director, who has now cast her in his last three excellent movies, including Silver Linings Playbook and American Hustle (and, in all three, he places the brilliant Bradley Cooper alongside her).

Always, the effect is cinematic magic.

No less so here despite the relatively lukewarm reaction from IMDB voters and critics alike. (How can this be so?)

The script appears to takes many liberties with the true life story for both comic and dramatic effect, but who cares it’s a movie.

The ensemble gathered around J Law’s star vehicle performance also include a rejuvenated Robert De Niro as her morally dubious father, Isabella Rossellini (no really), Diane Ladd, Virginia Madsen and Elisabeth Rohm (as her rather hateful half sister).

Three, maybe four, times this movie made me completely fill up, not because of the fantastic human story but because of the remarkable performance by Jennifer Lawrence and the stunning direction of her by Russell.

Just, not this one. 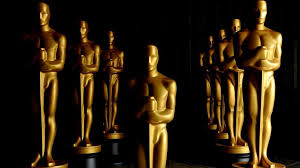 If you contributed to my actors poll or nominated your idea of the best ever movie actress via Facebook I think you are going to find this a much more open field with a greater breadth of opinion than the men.

You can have up to three votes to choose which you think is the greatest ever movie actress.