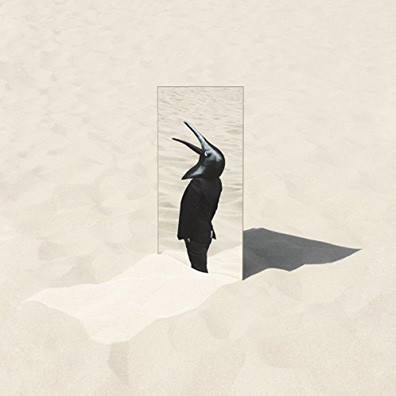 Not to be confused with The Penguin Cafe Orchestra that disbanded upon the untimely death of its leader Simon Jeffes in 2007, the Penguin Cafe is actually a different band, although it includes some of the previous members and is led by Simon Jeffes’ son, Arthur.

Live, The Penguin Cafe play many of The Penguin Cafe Orchestra’s favourite pieces and it has been my privilege to enjoy them live twice (Usher Hall, Edinburgh and Glastonbury) but they record in their own right and The Imperfect Sea is their third, and best, album.

I read that Arthur was concerned that this latest recording was taking them to new places and ran the risk of disaffecting long term PCO fans.  I can reassure you Arthur that you have done no such thing.

It’s a bobbydazzler.  It really is.

The sound, as my good friend and long term PCO aficionado, Jon Stevenson, said to me the other day lacks some of the humour of the PCO and he is right. The Penguin Cafe are a more serious bunch of musicians and their output is perhaps more orchestral than the PCO which was more folky in totality, but this matters not a jot when the quality is so high.

I’ve listened to The Imperfect Sea 5 or 6 times in the last few days and there is nary an off note.  Sure, the first time I listened I was riding my bike and the constant ‘ping’ of cycle bell on Cantorum was a mite discombobulating, but it’s endearing also and hearkens back towards the PCO’s playfulness.  (It has a small debt to pay to the mighty Telephone and Rubber Band).

Ricecar, the opener, is a classic of sequenced music and is certainly of the PCO school.

Overall this is a mighty addition to the PC/PCO canon. 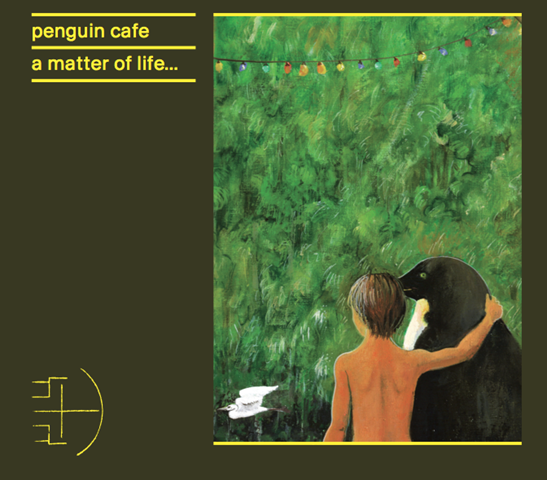 The reviews for this album have mostly been a little patronising and mildly dismissive as if it is some form of PCO lite offering.

I beg to differ.

I am, almost literally, a lifelong PCO fan and have every track they ever recorded, from the experimental Zopf days on the Obscure record label right through their “heydays’ of the 1980’s when their unique musical sound appeared on every second commercial or BBC/C4 soundtrack (most notably I have to say in the Independent’s launch advertising campaign).  So Simon Jeffes’ death in 1987 hit me like a hammer blow.  Ten years later his son, Arthur, began the slow but steady cryogenic rebirth, or perhaps more accurately the creation of a clone with ideas of its own.  This has culminated in the release of this instant classic album, a matter of life, which is, to all intent and purpose, PCO’s 5th studio album.

It has more piano than PCO but other than that it’s broadly the same thing, and certainly cut from the same cloth.

Track 2 (Landau) feature Jeffes and Kathry Tickell on her trademark Northumbrian pipes and its delicious.  Harry Piers, another piano only track was played at Jeffes Sr’s memorial concert and it bears every trademark PCO motif you could ever imagine which is what makes it both a great epitaph for Simon Jeffes but perhaps also a catharsis for Arthur.

The Fox and the Leopard is a carbon copy of a previous PCO song but for me the absolute standout is the minor key classic, From a Blue Temple.

In Penguin Cafe’s second album I’d expect the music to be slightly less of a tribute and to explore more of their own ideas, maybe more of a development from From a Blue Temple; and given that members of Suede and Gorillaz make up the 10 strong ensemble I’m pretty sure there will be new areas aplenty to explore.

For now though, this is a welcome and delightful discovery that I will treasure and hopefully wear out the grooves as much as its four forebears. 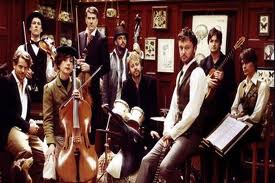 I don’t know if moving is the best word to describe the two and a half hours I spent with my wife in The Usher Hall; because I never cried.

But I’ll tell you what; it was emotional.

First up, The Portico Quartet; a jazz/modern classical “combo” who totally blew me away but were right on the cusp of Stuart Maconie’s Freakzone playlist (the sort of stuff that ordinarily Jeana would shriek across the house at me “turn that fucking shite off”).

She put up with them.

However, we were there for the Penguins, as we had been, 20 years ago, before we’d ever borne a child into this world. And I reckon it is the only “band” that Jeana has ever seen twice, albeit 20 years apart.

Before I comment on them I have to congratulate the sound engineers for both bands and probably the The Usher Hall itself – in forty years of listening to live music I have never been so aware of how good the acoustics were in a performance.

Simon Jeffes died in 1998. And we all thought the PCO had been snatched away with him; no posthumous recordings (although plenty of compilations).

And so it has been until his remarkable son, Arthur, decided to take up the reigns and form an entirely new ensemble with the name stripped down to the, perhaps more fashionable, Penguin Cafe.

Tonight they both reinterpreted his beloved father’s music with a Joi de vivre that even Simon could not muster and created new music, in the vein of the original PCO, that was jaw dropping.   In, particular the encore, a solo piano piece that Arthur performed at his father’s memorial service, Harry Piers, and Landau would have been career highs in Simon’s day.

All the favourites were there.

Particularly pleasing were Music for a Found Harmonium, Perpetuum Mobile and Telephone and Rubber Band, but what was most incredible was the quality of musicianship, the ownership they had taken over the material and the added zip that they injected to Jeffes original music.

It truly was on the verge of a religious experience.

After playing for over an hour and a half Jeana said to me ” I never stopped smiling from start to finish.”

By now, dear reader you will have worked out that I like the odd song.  You’ll know that I am a music enthusiast and you’ll be aware that I do not hold back in the superlatives department.

It came to my attention however that I have never blogged and shared with you my love for Penguin Cafe Orchestra.  The prompt came from a member of the South Queensferry Arts Festival committee of which I am chairman.  (How esteemed I must be; you must think.)

Thinking about my relationship with them it may outstrip any other band or performer  I love:  The Clash,  The Cure, The Stranglers, Belle and Sebastian, New Order, Aimee Mann, Tom Waits – all have, at times, had profound effects on me and most are very long term – but for some reason PCO are more visceral, more important.

Perhaps it’s because their leader Simon Jeffes died so young (of a brain tumour before he was 50) and out of respect they were shelved (until recently).

Perhaps it is because they make the most beautiful music ever.  The aforementioned bands might not merit descriptors that could be widely aknowledged as beautiful.

I believe PCO can.

Yes, some people say to me “get that shite off”.

PCO is a profound and beautiful musical experience.  The PCO may be the greatest thing ever to happen to music.

But you can be the judge of that.

This particular tune (they only ever did one “song” on their first album) is called Music for a Lost Harmonium and features a harmonium.

Uncommon, lilting, infectious.  I may love the Harmonium as much as I love PCO.