The Goldfinch by Carel Fabritius

The Road by Cormac McCarthy and Middlesex by Jeffery Eugenides are two of the great American novels of the 21st Century.  Both won the Pulitzer Prize for Fiction; to that brace you can now add The Goldfinch by Donna Tartt.  It picked up the prize this year and, oh, how richly deserved it is.

In comparative terms it is closer to Eugenides’ masterpiece than McCarthy’s stripped down telling of The Road.  Like Middlesex this a story that broadly sweeps over time and must be considered one of the ‘Great American Novels’.

Whilst storytelling is at the very core of this magnificent novel, characterisation and profound messaging are vital cogs in its success.

It concerns the first 30 or so years of the life of Theo Decker, a young boy who has his first love, his mother, tragically torn away from him in a terrorist (we assume) bombing of an American Museum (the Met we assume) when he was a kid.  In the process Theo grabs from the ruins a canvas that has been freed from its frame as a result of the explosion.  The canvas (a board actually) is a painting of a captive Goldfinch.  Small, unpretentious, delicate but delightful and considered a true masterpiece by famed (but obscure) 17th Century Dutch painter Carel Fabritius.

His new found ‘ownership’ is to underscore the remainder of Theodore Decker’s life.

What follows is as engrossing a tale as you’ll ever read.  It tells Decker’s life, told throughout in the first person, in a series of extended chapters.  Each one dealing with an episode in his existence that is forever uncertain riding it out, as he does, on an absurdly thin line between happiness and chaos.

Although he has a father, he is estranged and only enters the story a quarter of the way in.  By then we have established a complex character in Theo and his geeky school friend, Andy, Andy’s family who ‘adopt’ him as he has nowhere to go and his, frankly bonkers, Ukranian school mate, Boris, who becomes a central character in the novel.

But aside from Theo and Boris the two main protagonists are his deceased mother (who suffuses everything Theo does in life) and The Goldfinch.   This chained bird is a metaphor for Theo’s life.  As, like the bird, he is imprisoned by fate and can’t ever really find true happiness.

His love life is, to say the least, complicated and utterly unfulfilling.  I won’t spoil it by revealing the complexities of his relationships but suffice it to say they form a key subplot in the tale.

What Donna Tartt does (always does) is craft a fine plot but then weave it together with extraordinary depth of descriptive prose and utterly believable characterisation and dialogue; although huge swathes of the book are dialogue-free, as we get to grips with how Theo is feeling about the latest episode he finds himself in.  Yet the book clips along at a rate of knots that keeps you wanting more and more – that’s some feat for a novel of 864 pages.  (Donna Tartt may not be prolific but each of her novels is two or three of anyone else’s.)

This is a book fundamentally about love and the nature of good and evil.  One might imagine Boris on one shoulder horned and trident-bearing; Polly, Hobie and Theo’s mother on the other festooned in white.

And Theo is torn.

The grief that suffuses his whole being at the loss of his beloved (no, truly adored) mother never leaves the book and it’s only Boris’ honest, frank joie de vivre and adherence to his own highly unorthodox rule book for life that adds sparkle and happiness, of a sort, to the young Theo’s life: the drink and drugs help too, but they are merely a cushion for Theo’s profound grieving.

This novel is a rare and precious thing.  A story that is almost without blemish.  A thing of startling beauty and an absolute must read for anyone who ever enjoyed the art of storytelling; because here it is in all its wonder.

This is a masterclass in writing that stands shoulder to shoulder with the greatest storytelling that America has ever produced.

The movie could, and should, be epic.  My money’s on David Fincher (no pun intended) directing it and sweeping the boards at the Oscars.

the view from the very, very back row of the upper circle of the Usher hall

You know when bands hire six cello players to play on TV programmes like Later…with Jools Holland and it’s quite good?  Adds a wee frisson?

Actually much more than a moment.  This was two hours of ecstasy in a world class acoustic venue.

I saw John Grant on the Park Stage at Glastonbury this year and he was my joint favourite act (alongside Massive Attack) but that was rock and roll/clubland electronica.  This was very different.

He has enlisted the help of Fiona Bryce to score his first two albums and at least four new songs and jeepers, the results really are quite remarkable.

In particular the Wagneresque (although I think he claimed it was Rachmaninov) opening to Pale Green Ghosts that literally blew the audience away.  Glacier was truly astonishing.

Contrast that with “But I am the greatest motherfucker that you’re ever gonna meet from the top of my head down to the tips of my toes on my feet” and you get the measure of the man.  He’s electrifying.

It was a rare treat tonight and I feel honoured to have shared a night with him. 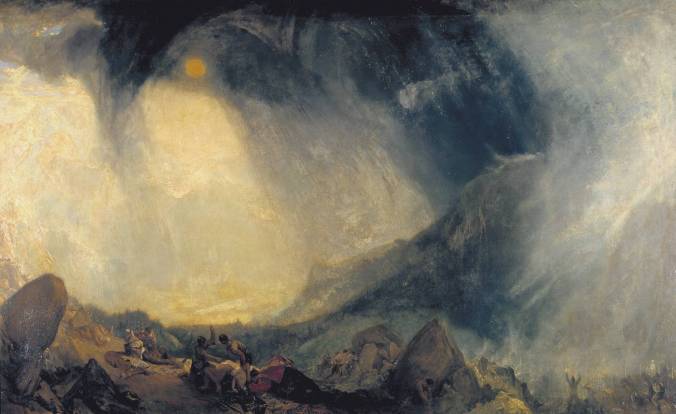 I am a cinephile.

I can easily do difficult movies.  Under The Skin.  The White Ribbon.  Cache.  Jeez I can do all the tough stuff.

I am a Mike Leigh-phile too.

Secrets and Lies, Naked, Life is Sweet, Abigail’;s Party, Nuts in May.  All brilliant.

I am a Timothy Spall-phile also.  (Just too many to mention)

And so I approached Mr Turner with gusto.  I like Turner’s seascapes very much.  What is there not to like?

It turns out, quite a lot.

To cut to the chase this is one of the dullest 2.5 hours I have spent in a cinema in many a long year.  Turgid, plotless, meandering, self-indulgent claptrap of the highest order.

The cinematography has its moments but it takes a lot of moments to make a movie.

There are scenes that are enjoyable, largely in the Royal Academy and one in particular when Constable is ridiculed by Turner but overall it is a study in very dull misogyny that the world is probably no worse without.

Perhaps the most interesting aspect of this movie was the development of his supposed housekeeper Hannah Dandy’s (Dorothy Atkinson) eczema. Was she, or was she not, Turner’s wife/mistress/muse?

Turner-phile ladies sat behind me in the audience and whispered throughout.  Damn them.

The man who invented what we now consider the ‘computer’ and he may have saved 14 million people from death because of his contribution, sorry vast contribution, to the foreshortening of the Second World War through his invention of the Enigma code breaking machine.  Churchill thought so.

But, the trouble is, you see, Alan Turing was a homosexual.  And the British Government (like many governments today) did not like homosexuals.

Homosexuals in the post war years were lepers of society.  So the British Government chemically castrated him. (Better than going to prison for touching a man’s penis?  Your call.)

Alan Turing was most likely also a sufferer of Aspergers Syndrome.

He was, in every sense of the word, a genius.

He was not a likeable man because to make real, substantial change sometimes eschews popularity.  He was not popular.

It’s a dream role for an actor of substance.  That actor is Benedict Cumberbatch.

At the time of writing Cumberbatch has seven movies in production, new episodes of the BBC’s Sherlock and a couple of episodes of The Hollow Crown as Richard III as work in progress.  It would seem reasonable to assume from this that he is a man in demand.

Because he is a brilliant actor.  And this is his time.  This is most certainly his movie.  Yes, he has good support from Keira Knightley, Allen Leech, Matthew Goode and especially Mark Strong, as his ‘boss’.  Charles Dance moves on from his movie idol roles into the baddie spotlight and carries it off effortlessly.  But make no mistake.  This is ALL about Benedict Cumberbatch.

Biopics are often easy meat because they can be imitation games.

But who knew Turing?

In Cumberbatch’s hands he’s a clean sheet and as the movie develops he progresses from a no name to an absolute hero.

Who cares about Alan Turing?  At the start; maybe only the informed. By the end; we all do.

It builds to a highly emotional climax that is handled with great skill by breaking Norweigan director Morgan Tyldum.  You probably don’t know his work.  I don’t I’m afraid; but I’m keen to.

This is great cinema.  Please go see it.