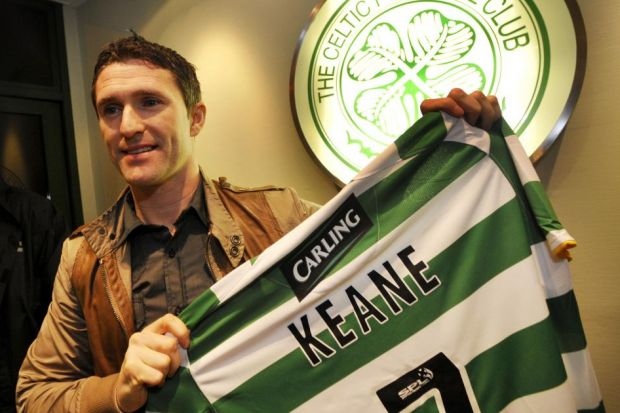 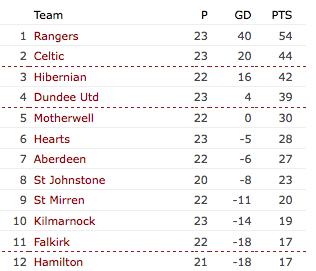 No. This is not an optical illusion. A game in hand and only two points adrift of a Champion’s league spot more than half way through the season.

Oh yes, and Hearts were dumped out of the diddy cup too. 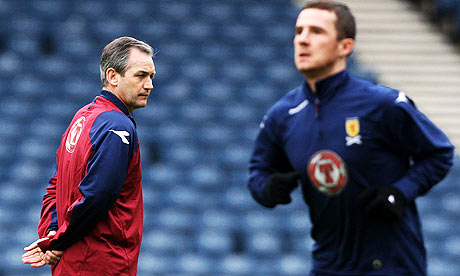 I am not, and never have been, a fan of George Burley.  The performance by Scotland against Wales on Saturday defied description in the first half.  At 3-0 down we gave away a stone wall penalty that wasn’t given and Marshall, the goalie, should have been sent off.  So that would have been 4-0 with ten men.  We’d no doubt have shut up shop at that point and sloped off with a four goal defeat.  As it was we lost to a bunch of schoolboys by three.

Our game is a mess.  I mean, let’s face it, Hibs are within a win of topping the league despite a makeshift team in parts and having sold 11 internationalists in five years.  How is that possible?  I’lll tell you how.  Because everyone else is dreadful.  And if you want proof of that look at Rangers’ and Celtic’s positions in their European groups.  Both bottom, neither with a pot washed.

Investment in Scottish football’s youth (outside of Easter Road) is lamentable and that’s why that old saying “There’s no easy games in international football” is true once again.  Scotland is an easy game.  Falkirk went out of Europe to a team from Leichtenstien.

In the past, had a Scottish team drawn a team from Lichstentsien we’d have needed a calculator to work out the aggregate score.

So back to Burley.  Cheerio and good riddance I say.  We’ve had two clowns in charge (Burley and Vogts).  It seems remarkable that the rose between those two thorns was dour old Walter Smith who got the team playing again, reaching unheard of heights.

He leaves?  Splash, right back in the poo.
Smith is sitting in the Ibrox ejector seat so I suspect the SFA will make the predictable decision to send him a parachute.  Indeed this may all be part of a “plan”.

By the way.  Check out 60 Watt’s topical Scotsman.com ad in  The Scotsman. 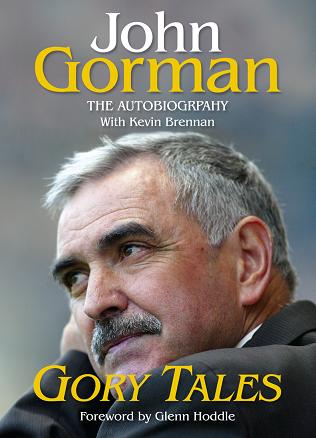 John Gorman is my late Father’s cousin and has a reputation in football that is considerable.

As I child I was besotted with the rubbed off fame that he bestowed upon me in the playground.  My most vivid memories are of him as captain of Carlisle United.  Top of what is now the premiership.

Football is a fickle mistress though.

Carlisle’s early season winnng streak soon ran out and with that so did John, to Spurs, and injury.

After that Tampa Bay.

Most pros gradually fade away, but not John.  Through his association with Glenn Hoddle he rose increasingly to managerial prominence, culminating in his Assistant managership of England, as a Jock.

So, I was looking forward to this reading with enthusiasm.  There is however, a dreadful back story that permeates the book, the early death, through cancer, of his beloved wife Myra.  This element of the book is truly tragic and it is really quite poignant.

Despite this the book is not something I could recommend to the casual reader I’m sorry to say.  It’s ghost written by journalist Kevin Brennan.  Sadly Kevin Brennan is to literature what Michael Winner is to film making.  It’s not good.

It’s illuminating though and demonstrates ably how thin the line is between success and failure.  John goes through a job or two per chapter and there are 17 of them, so it demonstrates how grim a reality football management is, especially in the lower leagues.

One for the family and the collectors only I have to say.

I have so many mixed feelings about the Hibees that I wouldn’t know where to start listing them.

They beat Celtic today, fair and square. They must be a good team then. So how come they lost to Inverness, and drew with Aberdeen, St Mirren and Falkirk. It’s ridiculous and neverending. It shows a total sign of lack of commitment because clearly the squad has the ability, but not the focus.

It totally hacks me off.

So we beat Celtic, so what?

However ,we did score a quite extraordinary goal which got the commentators all frothy at the mouth.

It was more goalkeeping cock up than striking brilliance, but here it is anyway.

John Rankin, enjoy your moment in the sun.

Oh, and if you think that’s bad. Try this…

We beat Celtic (last year), lose to all the fodder around us and finish nowhere. Helped along the way by a Boruc calamity.

At one point Celtic adopted this interesting 11 – 0 – 0 formation. 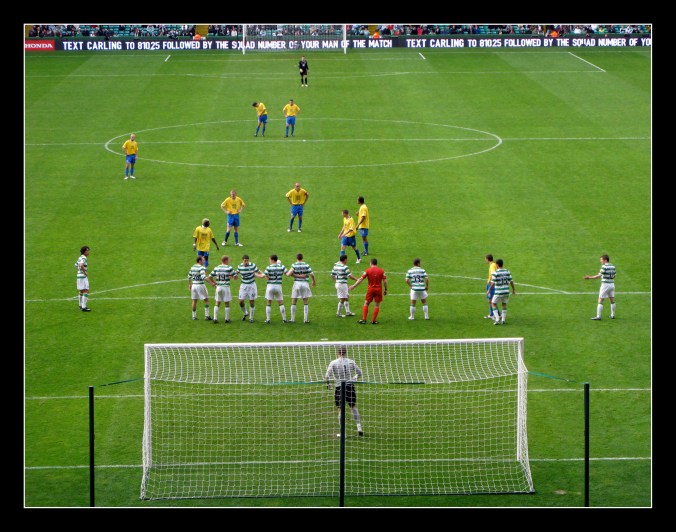 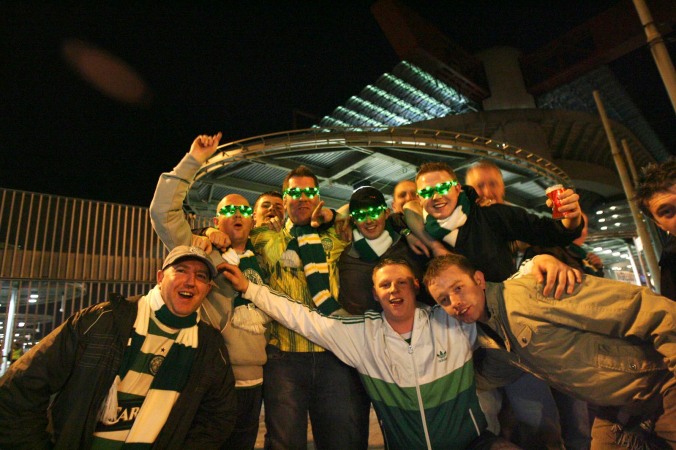 That makes pretty embarrasing reading when you look at Celtic’s ongoing Champions League away record.  Next stop.  Away to Man U.  Think that will read p19 w0 d1 l18.

Tough at the top bhoys. 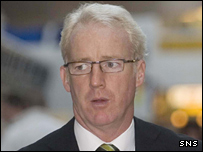 I can hardly believe that Tommy Burns has passed away. Tommy was not an old man (only 52) and was First team coach and head of the Celtic Youth Academy until he was taken ill. Tommy was certainly worthy of the title “Celtic legend” and was a thoroughly decent man. Who can forget him going a whole season undefeated (or maybe he lost only one game?) and yet not winning the title as Celtic manager during the reign of King Walter

It was well known that he had been suffering from cancer but I was unaware of how serious the situation was. What a terribly sad piece of news and it renders reports on last night’s Rangers match versus Zenit St Petersburg redundant.