My pal James McLaughlin and I went to a talk last week at the Lighthouse Bookshop.  Titled…

‘Global Trumpism One Year On: Flash in the Pan or Here to Stay?’

Interestingly virtually no Trump chat was had.  But that made no difference to its provocativeness.

The lecture was given by revered Eastman Professor of Political Economy, Mark Blyth, of the world famous Watson Institute for International and Public Affairs, Brown University, USA and explored the thought that…

In a far reaching, mind boggling and just sheer brilliant exposition Blyth deep-dove into data that articulates the shape of various global economies in the wake of the 2008 banking crisis, what caused them (much of which we now now), how it could have been allowed and, terrifyingly, the fact that no lessons have been learned. Indeed the statistical scenario is worse now than it was then.

This took him onto the farce (and lie) that is austerity – as initiated by Gideon Osborne – to punish the public services, not for THEIR misdemeanours but to help pay back the money that the taxpayer was forced to use to bail out the inept UK banking sector.

The website still doesn’t work.  (Having emptied my cache and tried on all browsers I can be sure that it’s not my fault.) 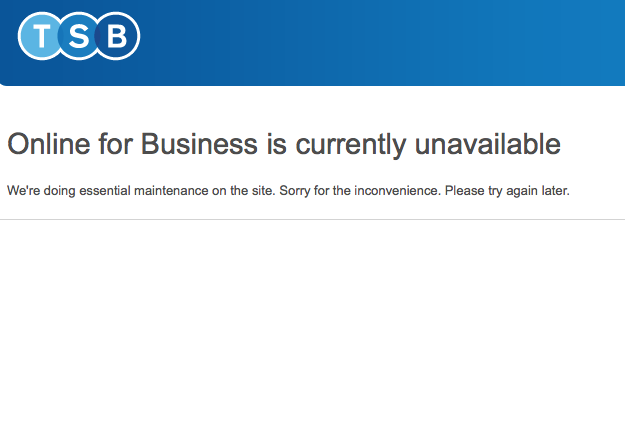 And anyway, neither does the new app which was intended to replace the old, inefficient card reader-based online security system that, erm, worked. 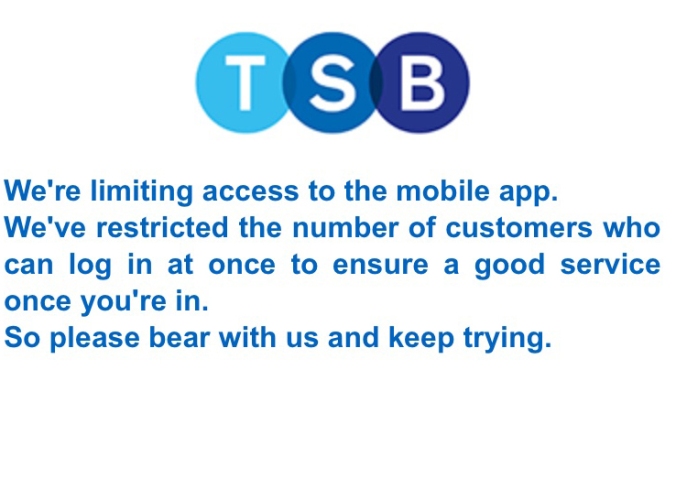 Oh, and the phone number is wrong in case you need help.

Now, I get it, shit happens.

But this is beyond belief.

Those bright sparks from IBM have been called in (about a week ago) to fix it.

They haven’t fixed it.

My business has been unable to transact now for 12 days.  That must be some sort of record.

I received an email this morning.  The very first communication from TSB since this started that said this… 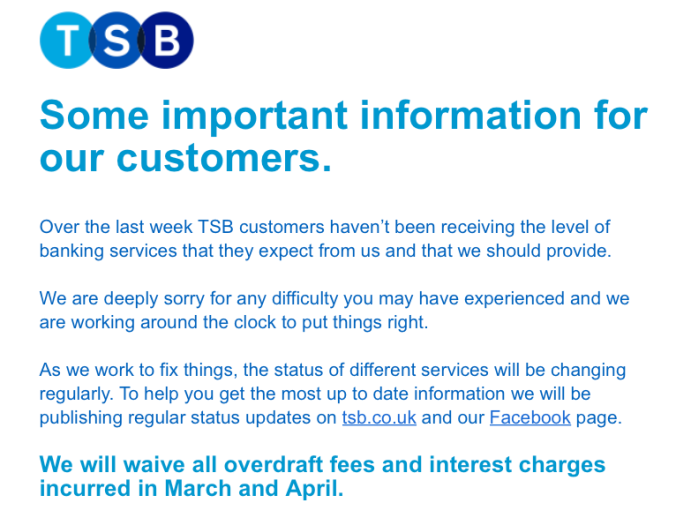 Well, for a start, it’s not the past week it’s nearly the past TWO WEEKS.

I’m sorry TSB but this is a tram smash unprecedented in UK commerce that has been handled so ineptly as to make Laurel and Hardy look like not just, brain surgeons, but brain surgeon trainers.

You lot are an fully blown. completely paid up national disgrace.

This is one intellectual heft of a piece of theatre and for that reason it most definitely is not for everyone. If you are even considering a coin toss between this and Wicked, showing down the road at The Playhouse, I’d probably recommend you opt for the green faced fun.

Because fun is not an adjective I’d reach for in describing David Greig’s adaptation of August Strindberg’s 1888 Swedish tragicomedy.  (For Celtic fans I am sorry to advice that there are no references to Hibernian FC setting up their B team in Glasgow at that time).

There are laughs in act one, don’t get me wrong, but not fun laughs.  Sharp intakes of breath precede most of them as we observe, almost voyeuristically, an encounter between two men nearing the end of a six hour conversation (or is it a therapy session) that may have started out as, or may be concluding with, a detailed autopsy on the young Adolph’s infatuated love for his wife Tekla.  The older man has much advice for his sappy companion, all of which undermines him and his relationship with his wife.

It’s a complex, extremely dense psychological drama that has a neat technological twist in Act Three that breathes a great deal of life into what would otherwise be a marathon two hour sitting.

Indeed the Act 3 device is both innovative and exciting and makes the last act crack along to its dramatic conclusion.

Director Stewart Laing has introduced an intermissionary theme that uses a UK Garage track to underscore a group of Girl Guides robotically trekking through the surrounding Swedish countryside.  It’s funny, fresh and ultimately plays a role in the play’\s denouement.  I liked it a lot.  Although entirely (and deliberately) out of place its very presence emphasises the tension that is developing in the main body of the play.

On returning to the dialogue, each time, it accentuates the cold, serious tone that reflects the period, location and nature of the play with its deliberately mannered acting.

And so that brings me to the performances.  Edward Franklin, Stuart McQuarrie and Adura Onashile present a master class between them.  It’s difficult to present material this dense whilst maintaining the audience’s deep concentration and to make what could easily turn into a dirge a vibrant enthralling psychological drama.

Really this a supremely confident and grown up production that would be packing them in on a London stage.  Let’s hope there are enough wise old souls in Edinburgh wiling to take a chance on a play that rewards throughout and leaves a deeply satisfying aftertaste to savour long after.