Tonight I finally got along to see a movie at The Hippodrome in Bo’ness.  If you live anywhere within 20 miles of this magnificent establishment I urge you to make it your first choice cinema.

It is simply beautiful.  All red velvet, art deco signage and great strip lights in the floor, not to mention the star spangled ceiling (an utter delight in itself).

At 102 years old it is the oldest purpose built cinema in the land but has been lovingly refurbished and kitted out with the latest digital technology.

The seats are comfortable.

It has, wait for it…a Balcony!

The ticket price is affordable (only £5.85). And they do Orange Wednesdays.

The drinks and ice creams are remarkably cheap.  Wine and coffee for about a fiver.

The staff are charming.

But the best thing is, it’s like you’ve gone back in time to how cinema ought to be.

The find of the year by far, so far.

I’m looking at a lot of interesting advertising at the moment because I’m teaching a module at the Royal Conservatoire of Scotland’s BA Digital Film and TV degree course.It’s required me to look for examples of old classics and new.

I’ve been struck by what’s winning the gongs these days.

Nothing, but nothing is short.

And a lot of it frankly isn’t really that good.

The most awarded ad in the world last year was this one for Canal +.

This is great.  It’s for Chipotle (and their sustainable/organic farming approach to sourcing – if you believe it) and takes a Coldplay song and covers it by Willie Nelson.  It’s 2 minutes 20″ long.

Metro Trains from Melbourne have made this 3 minute monster. And it’s garnered 38million YouTube hits so far.

But this is the one.  This is the absolute king of the pack.  It’s for Expedia and it brought a tear to my sorry old eyes.  It too is a beast weighing in at 3 minutes 20″

What though, happened to 30″ spots? 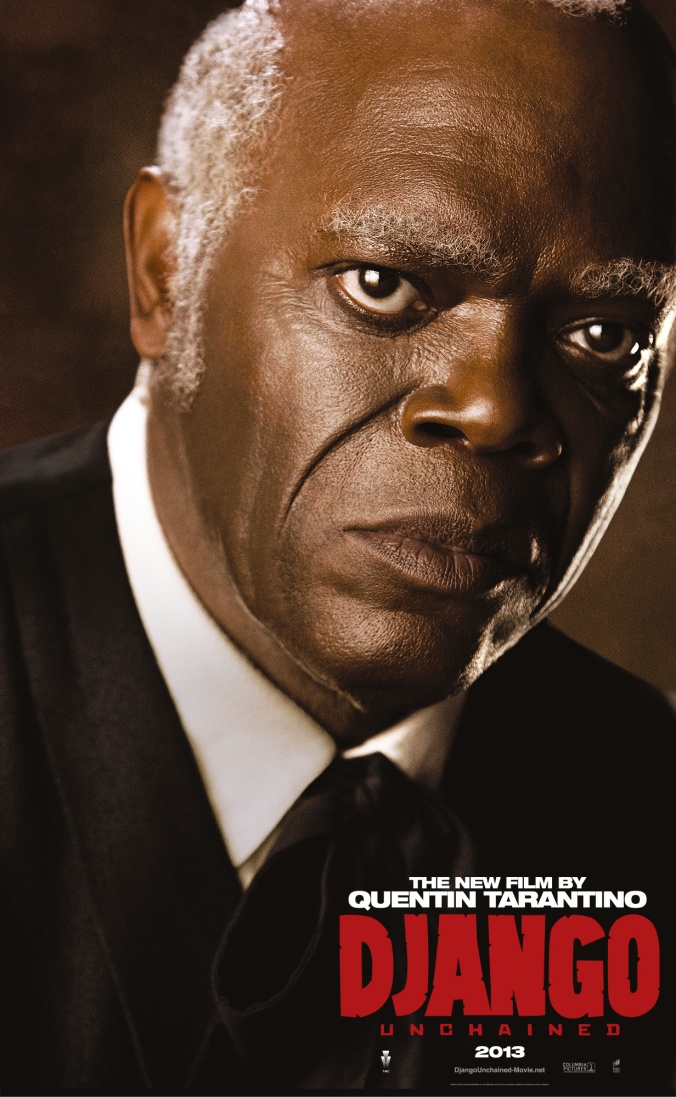 I’m not qualified to comment on the historical authenticity of Quentin Tarantino’s fully committed depiction of black American slavery in 1858 but I’m as qualified as anyone else to share with you why I, personally, think  this is another significant contribution to one of the greatest movie directing careers of all time.

With Django (the D’s silent you know) Tarantino cements his position in the top 10.

This is epic, just as Kill Bill (1 and 2) was, and proves that long movies don’t have to be padded out indulgences.  It grows in its impact with every scene and ends up a classic.

Spike Lee has problems with the depiction of slavery and I have to respect that as I, like Tarantino, am Caucasian.  At times it does seem to mock the plight of America’s black slaves but I feel sure that Samuel L Jackson (virtually unrecognisable) and Jamie Foxx saw more than a wage in choosing to star in it and I’m sure too that the judges of the Black Reel Awards which have given it six nominations are qualified to judge it on its merits as opposed to its politics.

Although described as a (spaghetti) western this is really a movie about slavery and not since ‘Roots’ has African American slavery been so prominently featured on screen.  Tarantino does not shy away from the subject matter or the vernacular of the time.  “Nigger” is used over 100 times in the script and not just by the slaves.  I had to refer to my copy of Filthy English: The How, Where, When and What of Everyday Swearing by Pete Silverton to establish whether or not MotherF@£$%er was currency in 1858 but there is evidence that points to its validity.  Just as well, because Samuel L J can’t really get through a movie without saying it repeatedly and he does so again, liberally.

There’s an early scene in which predecessors of the Ku Klux Klan hunt down Jamie Foxx, the freed slave and “black man on a horse!” who is bounty hunting with ex Dentist, Dr King Schultz (played entirely idiosyncratically by Christoph Waltz), their depiction is so funny that one has to question whether or not it’s really acceptable to laugh so uproariously at a subject matter so taboo; but that’s Tarantino’s gift.  It’s also his gift to spoof genres, mock convention (and history) mount lavish killing sprees and generally have a grand old time no matter the subject matter and that’s why we love him so.

Django is great fun, some say it’s too long but for me the movie simply got itself into a place (a little slowly I’d say) that fans of Tarantino would want to stay for hours.

Leonardo Di Caprio has not been this good since The Departed, (strangely not an Oscar nomination) and Jamie Foxx acquits himself well in a low-key, black Eastwood type performabnce.  But it’s Waltz that dominates in the acting stakes and his Oscar nod is fair reward.  There’s only one Chrisoph Waltz that’s for sure (and there’s plenty of it if you care to look – 101  acting roles to date to be precise.)

So, a little flawed (the start fails to quickly engage in gear) but unique and brilliant.  Go see it and forget the politics.  It’s a movie.

Unless of course you don’t respect music critics.

Whatever you think I usually find Metacritic’s year ending poll of polls pretty reasonable evidence of what was best in a year and there is some sort of science to it.

By a country mile the Princely/Stevie Wonderey Channel Orange by Frank Ocean has won followed by another American Dance record (they do tend to dominate thanks to the profusion of rap magazines that have a vote).

Top of the rockers is Australian Beatles throwbacks Tame Impala and very good it is too (it won the NME poll).

Surprise of the year (to me anyway) has to be the showing of little talked about Fiona Apple’s fourth album  “The Idler Wheel Is Wiser Than the Driver of the Screw and Whipping Cords Will Serve You More Than Ropes Will Ever Do.”

They do the same with movies…

This too is interesting.  I’ve not seen the winning film, Katherine Bigelow’s Obama capture movie Zero Dark Thirty but I hear amazing things of it.  The Master (which I adored but divided audiences and critics alike) takes more winning slots but loses by a fair distance by virtue of being totally excluded from too many lists.

Moonrise Kingdom, Wes Anderson’s latest, hasn’t made it to the UK yet I don’t think.  If it has it passed me buy and comes in third.  Likewise Lincoln ain’t here yet but it looks like a straight shoot out for the titular character’s portrayal by Daniel Day Lewis and Joaquin Pheonix for best Actor at The Oscars.

I actually only saw 6 of the movies on the list albeit at least 6 are unreleased so far in the UK.  My own favourite?  Argo, closely followed by The Master and then Beasts of the Southern Wilds.

It’s an interesting and tightly targeted ad albeit presented slightly patronisingly by US TV star, Lena Dunham; creator and star of the excellent “Girls”.

Let’s get this straight.  Looper is not, as many say, “the Matrix of the 21st Century” it’s “Sliding Doors with Guns.”.

It’s  a clever attempt to play with the concept of ‘what might have been’ on a very grand scale (although, interestingly, not, as I was expecting , on a mind boggling scale).

It’s a big movie but it’s not one that, had it failed would bring the studio to its knees and I kind of liked that.  Clocking in at $30,000 ain’t really that big a deal.

It’s set in 2047 in a now ragged USA with China having taken ascendancy in the world.  I liked the fact that director and writer Rian Johnson (Brick) doesn’t turn it into Blade Runner but adds a few neat sci-fi tricks (like flying motorbikes).  Loopers are “disposal men” of their future selves who are sent back from 2077 for, well disposal,.  They are called Loopers because the film is all about time loops. 2044’s Loopers are disposed of 30 years hence (and they know it) by themselves hence “Closing the Loop”, but occasionally it goes wrong such as here where Joe (our Hero played by Joseph Gordon-Levitt) has to close the loop on himself (Old Joe played by Bruce Willis).  But it all goes Pete Tong and so we now have two Joe’s on the go.

You can skip the next para if you’ve not seen the movie because it’s a spoiler.

Personally, my view is we have three because Cid, the child that young Joe encounters in the second half of the movie is, in my opinion, his younger self.  Which makes the sex scene he has with Sara (Emily Blunt – Cid’s Mum) interesting because that means he’s having sex with his own mother.

OK, back to the review.

Young Cid (a remarkable performance by 5 year old Pierce Gagnon)  has Telekinetic powers and a temper that makes Linda Blair look merely snippy in The Exorcist.

I could go on but won’t because there’s a lot of detail to consume.

Suffice to say it all pans out cleverly; the various loops are closed in perhaps unexpected ways and we are left with a movie that is clever, well acted, slick and genuinely original.

I’m not going to dwell on this .

The good news though is that between the bits where it is so funny that you should actually hand yourself in for treatment/councelling it’s really rather dull.

So  as the film progresses you’re like “this is a ten man” to “this is a two man”  (ah, only if you are sad as me that I think in IMDB mode at every movie I ever see.

The “I can smell your wife’s pussy from here” by a Teddy Bear in a job interview gag is outstanding.

I heard this “song” on Desert Island discs last week and I thought it was incredible.  It is by a 12 year old Mongolian girl and is known as throat singing.  See what you think.

I discovered this record in Italy.  It was produced there and that maybe explains why there are no reviews to be found in Google.  But take it from me if you like African music you will surely love this classical/jazz take on the work of Fela Kuti.