My favourite picture.  Sunrise in Stratford East by Amy Gorman.

It sure was a busy year.

Enjoyed a lot of culture.

Picked up and dropped off a lot of my children at airports.

And had a tremendous holiday in Puglia, Campagna and Basilicata with the highlight of that being Matera.

Did PrimaveraSound again in Barcelona.

And had shitty weather at Gleneagles in Scotland.

Kick my son’s ass at golf all but one time I played him, which was satisfying.

But I ruined my white jeans that came out of a wash all piss-coloured and never recovered.  RIP.

So what were my cultural highs and lows?

Primaverasound was the 50% girl version and looked a little unpromising if I’m honest but turned out to be great.  Highlights were Little Simz, Lizzo, Kate Tempest and Sons of Kemet with a star turn from Amyl and the Sniffers that got the boys going and multiple nip-slips during the Dream Wife gig.

At the Festival my gig of the year was probably Anna Calvi thanks to Grant Anderson’s tremendous (ungiglike) lighting.  Breathtaking.  But This is the Kit and Villagers were also immense and Efterklang were delicious.

The Steely Dan gig was the first I have enjoyed at The Hydro.  It was excellent and worth waiting half a lifetime for.

Another amazing year with many highlights.  Among them Crocodile Fever and a second viewing of Ulster American at The Traverse.

At the Official Festival I loved Kala Kuta Republic (where I met Billy Gillespie and his wife – they were lovely and Tom now has the opening line from Loaded tattooed on his clavicle as a sort of consequence).   The Rite of Spring by Yang Liping’s Peacock Dance Company, and Peter Gynt.

On the Fringe Ontroered Goed, -Are we not drawn onward to new erA- was astonishing.  A play spoken backwards.  Literally.  They are a tremendous company.  The Patient Gloria was astonishing (again at The Traverse) and Baby Reindeer.  OMG, Richard Gadd’s performance was ridiculous. And a great show called the Incident Room.  FCT’s Once on this Island was damed fine too.

The Lyceum had a mixed year but An Edinburgh Christmas Carol, Solaris, Twelfth Night and Local Hero were all excellent. Unlike most I didn’t care for Touching The Void much.

NT Live continued its fine form and the Hot priest from Fleabag was awesome in Present Laughter, I loved the Lehman Trilogy and All About Eve. 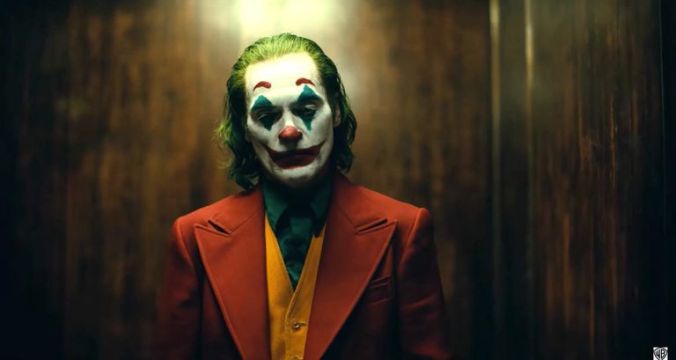 A lot of five star movies this year, topped by Netflix’s Marriage Story, The Two Popes and The Irishman. But also great were; Zombieland: Double Tap, the documentary For Sama, broke my heart, Guilty ( one man film almost ), Eighth grade with music from Anna Meredith is tremendous and overlooked,  Blakkklansman was a great return to form for Spike Lee,  Free Solo was another great doc (about climbing El Capitan with no ropes – jeez) ,  Once Upon a time in Hollywood was great but not Tarantino’s finest and The Favourite oozed class.

But king of them all was Joker with the performance of a great year from Joaquim Phoenix.  Oscar certainty. 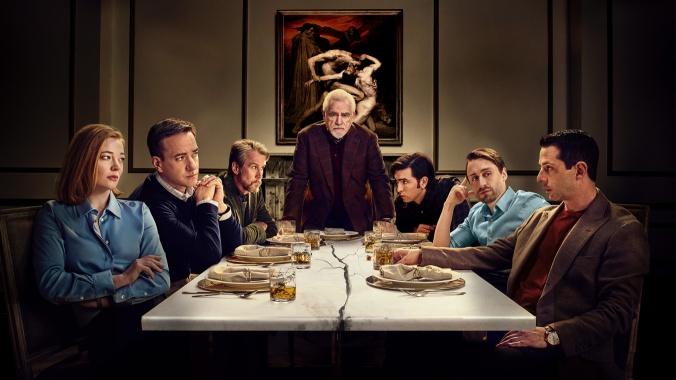 A great year for TV topped by Succession which just slayed me, although Chernobyl ran it close.  There was a great documentary called Inside Europe: 10 Years of Turmoil that succe=eded in making Angela Merkel a superhero in my eyes.  Fleabag 2 was outstanding.  The Virtues took Stephen Graham’s career to a new high.  I loved Ricky Gervaises grief comedy After Life and The End of the Fucking World staged a great second series.  I loved Seven Worlds: One Planet too.

…and another to my best of the teenies.

My album of the year was Julia Jacklin’s Crushing, but others I loved were Little Simz Grey Area, and one I’ve just discovered is Titanic Ring by Weyes Blood, Norman Fucking Rockwell by Lana Del Ray is the Critics’ choice as Is Ghosteen by Nick Cave.  I loved the former and am only passable about the latter.  I fear it is a little overrated.  If you want grief, do Black Star by Bowie.

I very much liked Andrew Wasylyk’s the Paralian and I found myself delving a lot into Fela Kuti’s back catalogue this year. 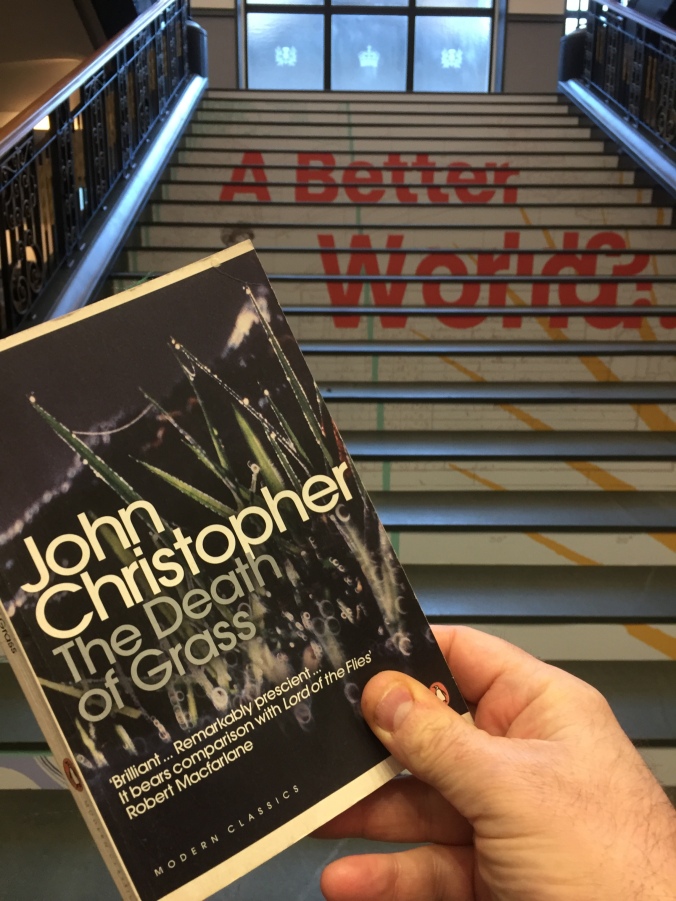 I read some good stuff this year.

I loved the Michelle Obama autobiography and Margaret Atwood, The Testaments was great but not as good as the predecessor (The Handmaid’s Tale).

Another great female autobiography was  To Throw Away Unopened by Viv Albertine of Slits fame.  A beautiful death bed tale about her difficult relationship with her mother.

Child of God by Cormac McCarthy was awesome and short.

Middle England was good but a bit flawed.

The Establishment (and how to get away with it) by everyone’s favourite Marxist Owen Jones was my favourite political read of the year.  Completely biased and completely believable.

The Death of Grass by John Christopher is like a 1950’s The Road with strong left wing leanings also present.  A great discovery and well worth reading.

I didn’t much like Hillbilly Elegy by JD Vance.

So that’s it.  A great year with much too savour.  Probably a lot I have missed.

I love this list because it polls all sorts off music reviewers globally.  From the NME and The Guardian to Pichfork, Drowned in Sound and local papers.

It may represent the mode but there’s enough confidence in this for me to try out the likes of Billie Eilish (interesting) and Weyes Blood (very interesting).

This year I saw Lizzo at Primavera (outstanding – my gig of the year) and Little Simz, also truly brilliant.

I hope to see Lana Del Ray at Either Glastonbury or Primavera (or both) next year.  That will be a treat.  Also hoping to See the imperious Mr Cave again next year.  His album is great but not, IMHO, THAT great.  I think it has benefitted from emotional blinding by the judges.

Blimey, not only are the male actors on fire this year, but so too is Netflix.

This is another cracker in which Anthony Hopkins and, even more so, Jonathan Pryce show that two hours of religious dialogue between a couple of pensioners need not be a great big crushing bore.  In fact far from it.

The movie tackles the challenges that the ailing  and conservative Pope Benedict (Hopkins) is trying to leave behind as he tries to persuade the Argentinian papal prospect to become the incoming Pope.  But he is extremely reluctant (but very popular).  We know him now as Pope Francis  (Pryce).

The acting is extraordinary and the dramatic action is interwoven with multiple documentary sources so that the movie actually moves along at a fair old crack.

One doesn’t feel that one is being subjected to a Catholic propaganda machine, simply a brilliant study of two human beings in the face of monumental decision making, age and fraternal respect.  Against a troubled political background. (Pope Benedict did not cover himself in glory around the whole child abuse scandal.)

Many scenes are shot in the Vatican, especially in the Sistene Chapel, and it has a feel of a decidedly juicy behind the scenes look at something that is actually meant to be a huge secret.

There’s nothing particular in director Fernando Meirelles’ back catalogue to suggest a film of this nature was lying in wait (Both City of God and The Constant Gardener are good movies, but are nothing even remotely like this drama-documentary).

It’s funny, it’s engaging and most importantly it’s a masterclass in acting.

My God, the best actor category this awards season is going to be a hotbed of disappointment for at least three great actors. 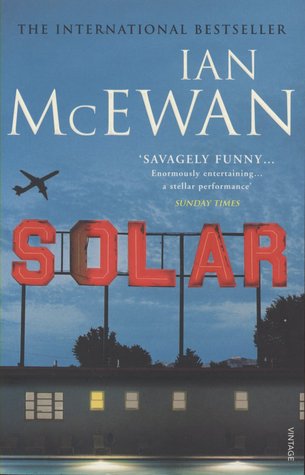 This slipped under my radar, having read every one of his first 13 novels, novellas and short story collections.  I used to consider McEwan my favourite writer but that title has been lost after two out of three damp squibs.  This being one of them.

Solar was followed by the awful Sweet Tooth and it’s kind of a companion piece of sorts.  Although Solar is nominally about climate change, it’s really about a misogynistic old man’s sexual desires and, in that respect, riffs off the follow up which explores sexuality from the female side. Although Sweet Tooth is written in the first person (a terrible mistake as McEwan is a long way detached from a 20 something female’s perspective) this is written in the third person narrative, although I use the word narrative with reservations.  It doesn’t make it any better.

McEwan creates a character that is so unremittingly unlikeable that it’s difficult to find any purchase in the proceedings.  I simply didn’t care about him one whit.

Writing about unsympathetic or unpleasant characters is by no means a forlorn task.  Jeckyl and Hyde, Frankenstein, Patrick Suskind’s Perfume; all feature monsters that are utterly compelling.

This just features a monster.

The cover blurb states that it is the winner of the Bollinger Everyman Wodehouse Prize for Comic Fiction.  I am incredulous at that as it is simply not funny.  Grotesque perhaps, but funny – no.

This and Sweet Tooth, by contrast, feel self-indulgent, knocked off with particularly thin premises for their existence.  Thank God it’s over.